Erzgebirge Aue vs Karlsruhe – The hosts were defeated 3-0 away at Heidenheim last weekend and have now gone three league games without a win, while Karlsruher drew 1-1 at home to St. Pauli and face a fourth straight stalemate away at Erzgebirge Aue this weekend.

Aue are 8 points and eight places ahead of Karlsruher in the 2. Bundesliga table, with the visitors in the relegation playoff spot. Despite being on a winless streak, Erzgebirge Aue has an excellent home record this season.

The hosts average 2.14 points per home game, with nine wins, three draws, and only two losses, and they score an average of 2.00 goals while conceding an average of 1.07 goals.

Although the visitors are unbeaten in their last four games, Karlsruher have only won twice on the road this season, suffering six defeats, but have managed to claim six draws, which is why a double chance bet makes the most sense this weekend.

Aue are the odds-on favorites to win the game, and for good reason: Karlsruher only scores 1.14 goals per away game while conceding 1.79. 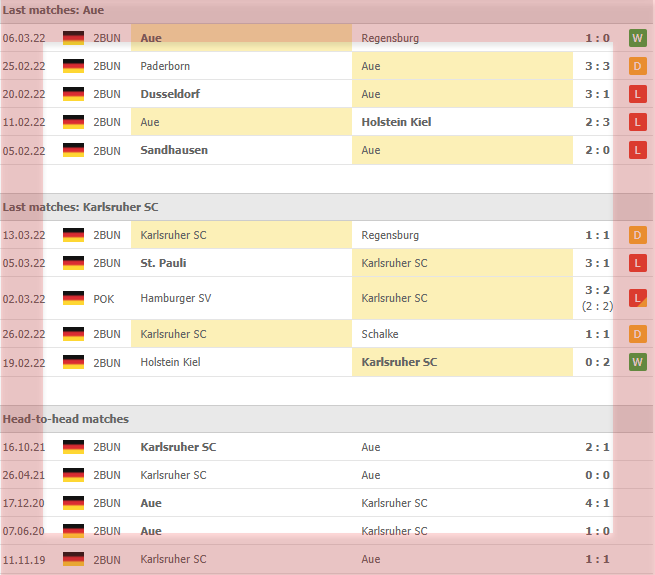