England vs Senegal – England-related games have recently tended to be entertaining contests with a lot of goalmouth action being a genuine feature.

There have been 22 goals scored overall for both teams over the course of their most recent six games (an average of 3.67 goals per game), with 12 of those goals coming from England.

Nevertheless, we must now wait and see if this tendency will continue in this game or not. In their most recent six games, Senegal has been able to put the ball in the net nine times. They have given up a total of five goals during those same matchups.

We believe that when Senegal plays England, England should score a few goals, since Senegal may find it difficult to score. So, after 90 minutes, we anticipate seeing a controlled England victory score of 2-0. 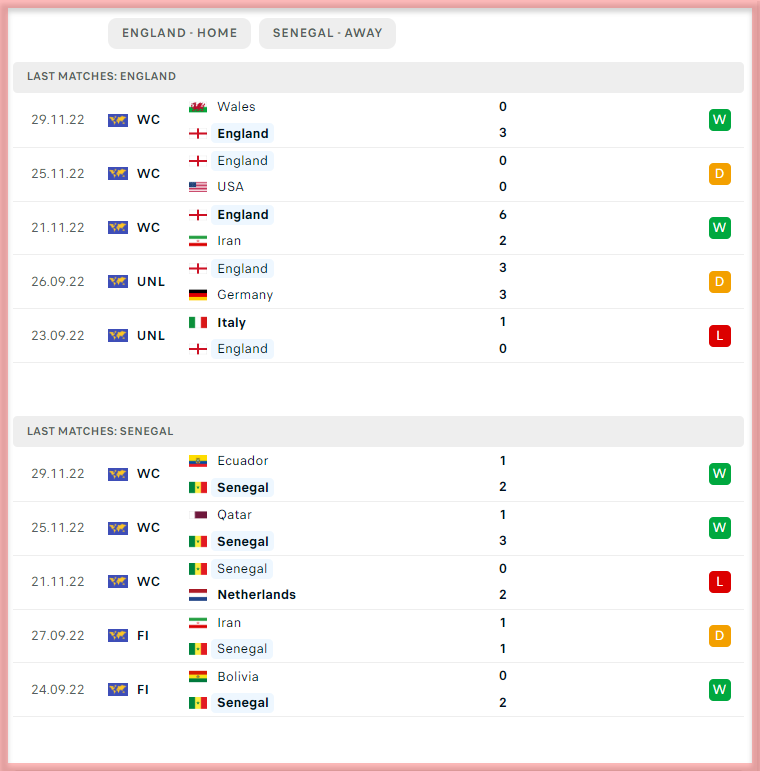