England vs Iran – Preview, and Predictions

England vs Iran – After last summer’s European Championships, England made little roster changes. The England national team has kept most of the players that reached the continental finals, and they hope to do the same in winter.

Gareth Southgate’s team finished last in the UEFA Nations League without a win. They can draw encouragement from the World Cup qualifier, when they topped the group ahead of Poland and Hungary with an unbeaten 10-match run and a +36-goal difference.

Iran is making their sixth World Cup appearance and third straight. They’re still in group stage. Overall, they had just 2 wins from 15 group games at the World Cup finals. Last time, they came close but lost by one point to Spain and Portugal.

They’re the top-ranked Asian team at 23. Iran might be a dark horse in Group B with USA and Wales in the mix.  Carlos Quiroz’s comeback boosts the team. Most of their players are at their second World Cup.

Six of England’s last seven World Cup openers were wins, and Iran won just 2 of 15 matches in the campaign and hasn’t advanced. In 1982, England beat Kuwait 1-0 in its lone World Cup match against an Asian country.

England usually starts slowly in major competitions, but they’ve won six of their previous seven World Cup openers. Only three are tight victories. The majority of Southgate’s players are coming off solid seasons with their clubs.

After a terrible Nations League campaign in September, they have something to prove. We’ll back England to win by 2+ goals with goals at either end for the reasons given.

We like Phil Foden to score on Monday. His clever dashes into the box will be Iran’s biggest threat on matchday 1. 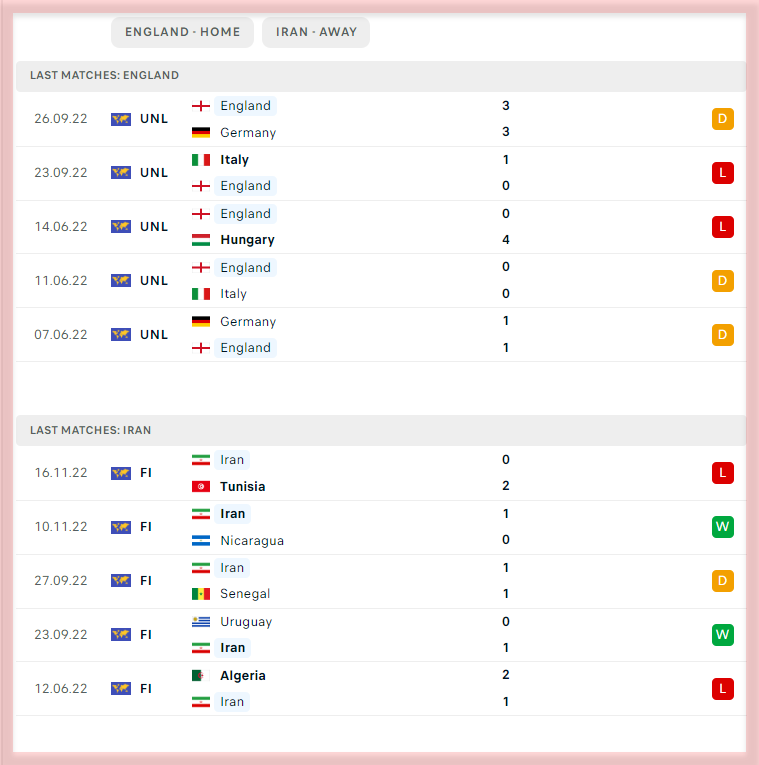 Our Prediction: England to Win