England vs Hungary – Preview, and Predictions

England vs Hungary – For the first time in four years, the Three Lions have gone three games without a win, and they have completely squandered their prospects of reaching the Nations League semi-finals.

The fans are more concerned about the approaching World Cup than about their chances of winning the UNL.

The football-crazed nation has been dreaming of bringing it home for the past few years, thanks to a plethora of quality on their roster.

Furthermore, following their loss in the final of the 2020 Euros, which was decided on penalties, the English have made it a priority to win a big international trophy as soon as possible.

And the Nations League was a perfect way to test the waters before the quadrennial extravaganza began, and it hasn’t gone well so far.

The Three Lions will have to put up one of their greatest performances in recent memory against the Hungarians Today.

Not only will they have to win, but they will also have to win by a large margin. The Hungarians, on the other hand, are simply looking for a fight.

They’ve established themselves as giant-killers in European football, and qualifying for the semi-finals from the Group of Death, which includes three other heavyweights, would be poetry.

Furthermore, they had defeated this same opponent in the first round of the event in a rematch. Expect goals to come from both ends of the field as these two teams go at each other’s throats.

The English may be without a win at the moment, but they are still one of the top teams in the world. And they’re out for retaliation. Today, expect them to find the back of the net at least once.

Whatever the case may be, Hungary has nothing to lose and will give everything on the field to reach the top of the table. Furthermore, they will be plotting to take advantage of the Three Lions’ desperation. 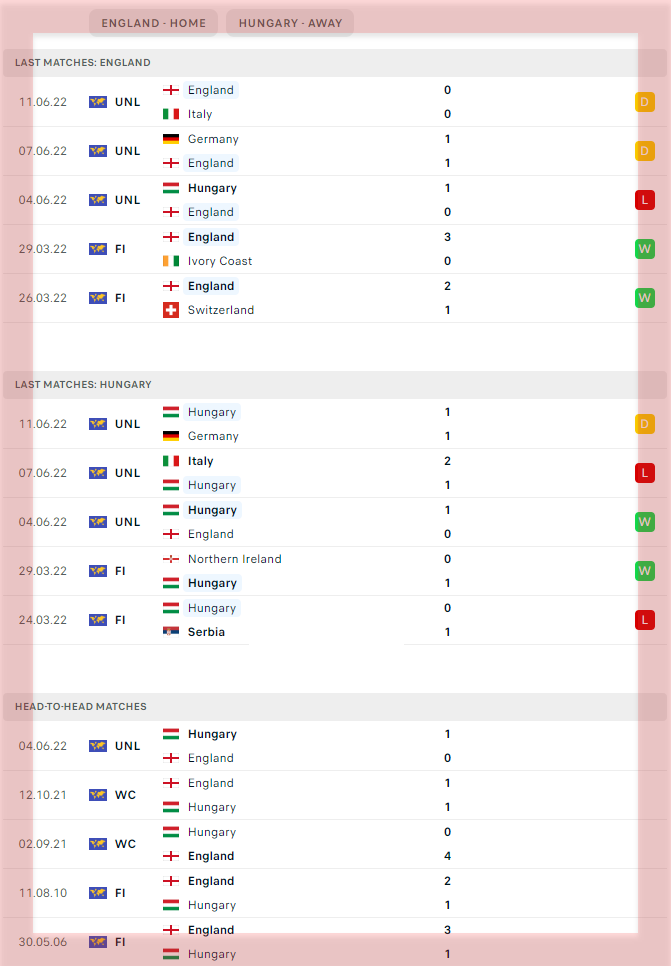