England vs Germany – Preview, and Prediction

England vs Germany – After losing to Hungary in their previous Nations League match, 0-4, England will be looking to pick up a victory here. In that game, England had 69% of the possession and 2 of its 10 shots on goal were successful.

Hungary made 6 tries at goal against them, scoring in 5. Hungary’s goals came from Roland Sallai (16′, 70′), Zsolt Nagy (80′), and Dániel Gazdag (89′). England under Gareth Southgate have scored six goals overall in their previous six games, averaging one goal per game.

Germany enters this match off of a recent 5-2 victory in the Nations League, which included a victory against Italy. Germany controlled 65% of the possession in that game and 9 of its 17 shots on goal were successful.

Germany have scored a total of 11 goals in their last six games. On each of those occasions, Germany has also recorded a goal. They have had 6 goals scored against them throughout that time.

We believe that Germany may find it difficult to score against this England team, who we believe should score a goal and prevail. Because of this, we are picking England to win by a slim margin of 1-0 after 90 minutes.

England vs Germany – Head -to- Head 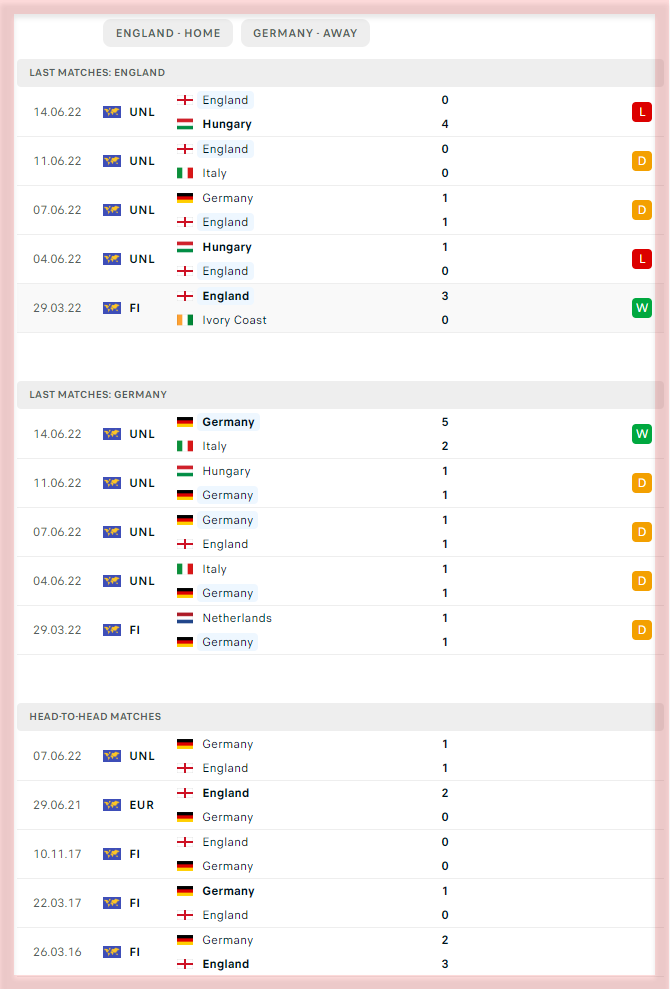