Elche CF vs Getafe – Elche CF enters this match off a La Liga draw with Espanyol that ended in a score of 2-2. Elche CF controlled 59% of the ball during that game and attempted 9 goals, four of which were successful.

Pere Milla and Gonzalo Verd scored for Elche CF in the 11th and 82nd minutes, respectively. Espanyol, their adversaries, had 13 shots on goal with 5 of them being on target. For Espanyol, goals were scored by Javi Puado (24′) and Martin Braithwaite (67′).

Elche CF hasn’t recently demonstrated their defensive grit very frequently. The truth is that Elche CF has conceded goals in six of their previous six games, leading to a total of 13 goals.

Getafe and Celta Vigo played to a 1-1 draw in their most recent La Liga match. Getafe had 28% of the possession in that game and 1 of their 4 shots on goal were successful. Enes Ünal (43′) was the lone player for Getafe to register a goal.

In contrast, Celta Vigo made 17 attempts at goal, with 5 of them finding the back of the net. Celta Vigo’s goal was scored by Joseph Aidoo (89′). Getafe, led by Quique Sánchez Flores, have scored 7 goals on the strength of their attacks during their last six games, averaging 1.17 goals per game.

Jorge Almirón, the manager of Elche CF, has no concerns regarding his players’ condition going into this game because every single one of them is injury-free.

Quique Sánchez Flores, the manager of Getafe, has no concerns about fitness going into this match because he has a completely injury-free roster to choose from. Although it’s difficult to distinguish between Getafe and Elche CF, we believe that both teams should have plenty of scoring possibilities. 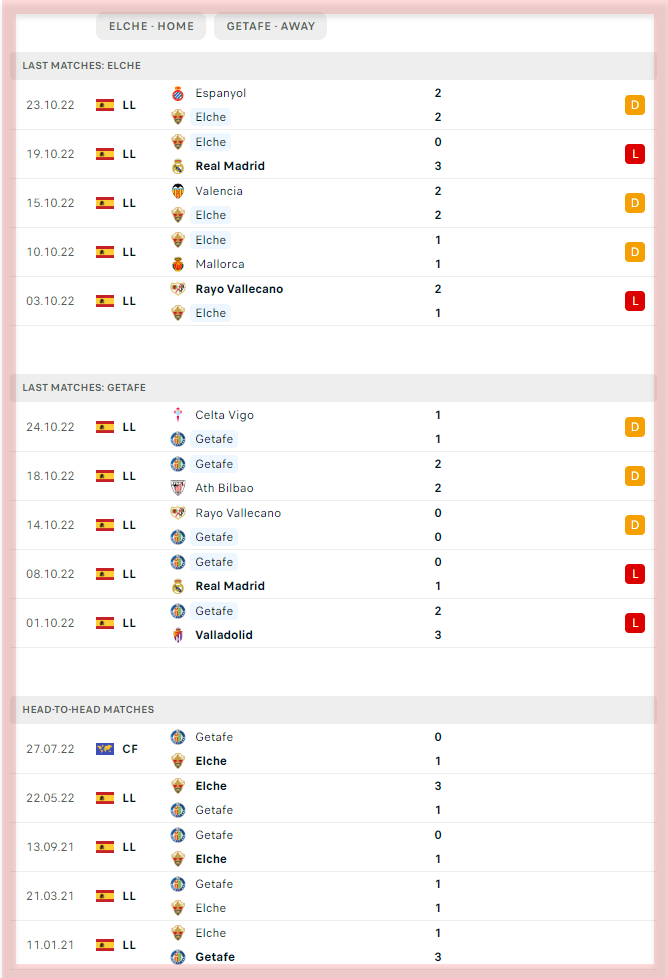