El Salvador vs Costa Rica – Both teams are outside of the qualification zone with only three matchdays remaining in the competition. El Salvador is now in sixth place, and the best they can hope for is a fourth-place finish, which would qualify them for the inter-confederation playoffs.

To achieve so, they’ll have to go on an incredible winning streak for the rest of the season. This will definitely put them under a lot of pressure, and their already shaky defense may not be able to handle it.

Meanwhile, Costa Rica is in fifth in the table, and they only need one more point to catch up to fourth-placed Panama. And it’s going to be a nail-biter from here on out. Currently, either Costa Rica or El Salvador are eager for a win, which is a perfect recipe for a goal-fest.

The Costa Ricans, on the other hand, had lost nine of their previous thirteen games overall, and they had only three wins on the road since November of 2018.

Predict a goal-fest this weekend based on these findings, historical h2h data, and, most crucially, the level of desperation both sides are experiencing.

El Salvador has only won twice in the Qualifiers’ Third Round, and one of those victories came against dead-last-placed Honduras.

Meanwhile, Costa Rica has only one road win, which came against Jamaica, which are currently in second-to-last place in the standings. 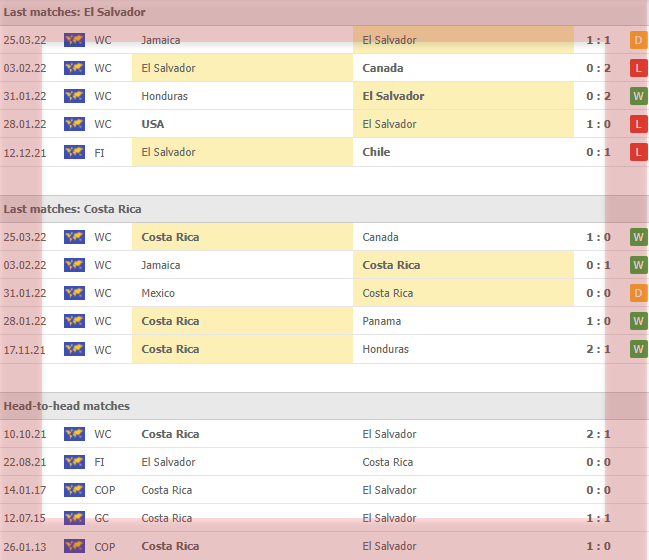