RB Leipzig, their adversaries, had 4 shots at goal with 0 of them being on target. Recently, Eintracht Frankfurt matches have frequently been thrilling ones with a lot of goalmouth action being the norm.

A total of 24 goals have been scored during the past six games (an average of four goals per game), with 11 of those goals being credited to Eintracht Frankfurt.

Sporting Lisbon enters this match with a 0-2 Primeira Liga victory, having defeated Estoril most recently. Sporting Lisbon had a 64% possession advantage and made 18 attempts on goal, four of which were successful.

Jeremiah St. Juste and Marcus Edwards both scored goals for Sporting Lisbon in the 13th and 21st minutes, respectively. Estoril, their adversaries, made 5 attempts at goal, with 0 of them being successful.

In recent games involving Sporting Lisbon, a pattern of at least one team failing to score has emerged. This has occurred five times during their last six games, according to an analysis. In those matches,

Sporting Lisbon scored 12, compared to 8 goals scored by their opponents. If that pattern continues into this upcoming game, we’ll find out soon enough.

Oliver Glasner, the head coach of Eintracht Frankfurt, will be without the services of Aurélio Buta, Luca Pellegrini, and Almamy Touré due to knee surgery, thigh problems, and hamstring injuries, respectively.

Rben Amorim, the manager of Sporting Lisbon, has to make his selections from a roster that has some questionable fitness levels. Those individuals who are ineligible to be considered include Jovane Cabral (Injury Not Known) and Daniel Braganca (Cruciate Ligament Rupture). 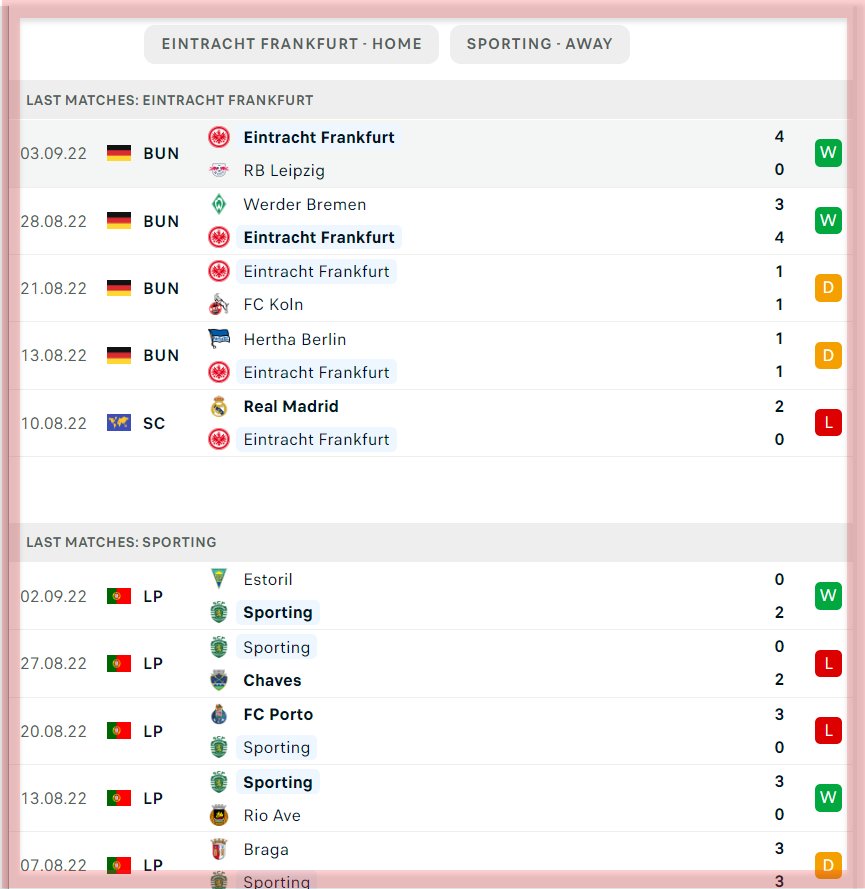