Dynamo Kiev, managed by veteran Mircea Lucescu, eliminated Fenerbahce from the Champions League in the second round of qualification. In the first leg, neither side could score, but Vitaliy Buyalskyi and Oleksandr Karavaev scored against Fenerbahce’s 10 men in extra time.

Lucescu’s first-team players are preparing for the new Ukrainian Premier League season on August 20. Everton fell 3-0 to the Ukrainians in a friendly on Friday, but the result seemed meaningless when they let fan Paul Stratton score a penalty.

Dynamo Kiev has reached the Champions League group stage in each of the last two seasons but has only advanced past that point once since the turn of the millennium.

This week’s guests couldn’t stop Red Bull Salzburg from winning the Austrian Bundesliga in 2021-22, but they shook things up early in the current season.

Rasmus Hojlund scored twice for Christian Ilzer’s side as they defeated Salzburg 2-1 on Saturday. His compatriot Maurits Kjaergaard scored for Salzburg.

Four points from their first two games have propelled Sturm Graz to the top of the Austrian Bundesliga, and success over the holders sets up Ilzer’s side for their return to continental activity.

Die Schwoazn made the Champions League group stage three years in a row between 1999 and 2001, but not since. They also failed to advance to the Europa League knockout rounds last season. 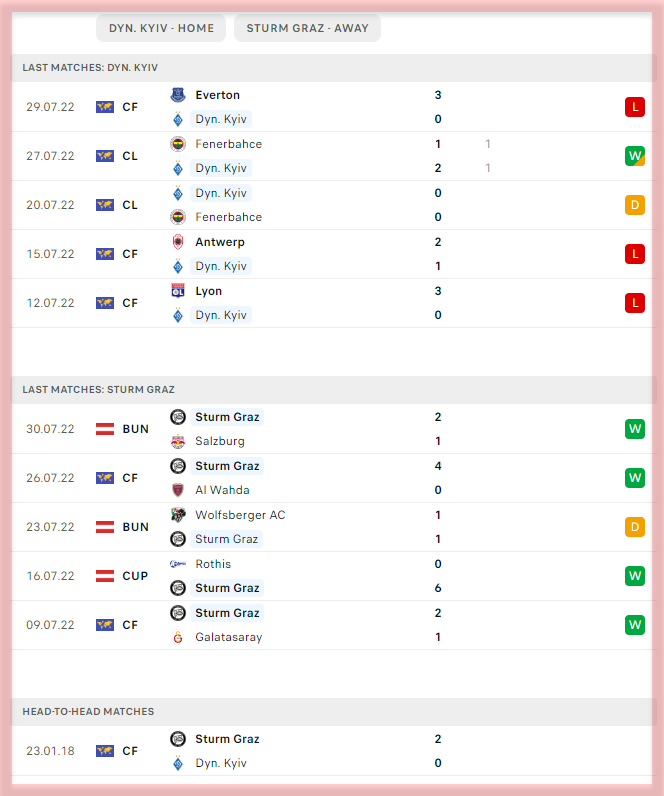