Dundee United vs Celtic – Celtic are clear leaders in the Premiership. They’ve had a great season so far. With the finest offensive and defensive lineups this season, they avoided a loss and scored 89 points. Celtic won 4-1 at home against Hearts in their last league game. They haven’t lost in a long time. They will be in great spirits after such a run.

Dundee United is enjoying an ordinary season. However, their recordings have allowed them to enter a safe zone. Not to mention, their recent recordings are lacking. Their offensive and defensive lines are disappointing. Dundee United lost 2-0 to Rangers in their last league match. It was their eighth loss in ten league games. Such outcomes are never favourable for a safe zone squad.

Dundee United’s home form isn’t great. They have lost 7 of their last 10 league home games. It has allowed two or more goals in three of its last four league games.
Celtic, on the other hand, has only lost three road games this season. Their goal scoring and defending seems good.

Moreover, Celtic have a long unblemished record against Dundee United. So we expect Celtic to cruise past Dundee United in a Premiership clash on Wednesday. 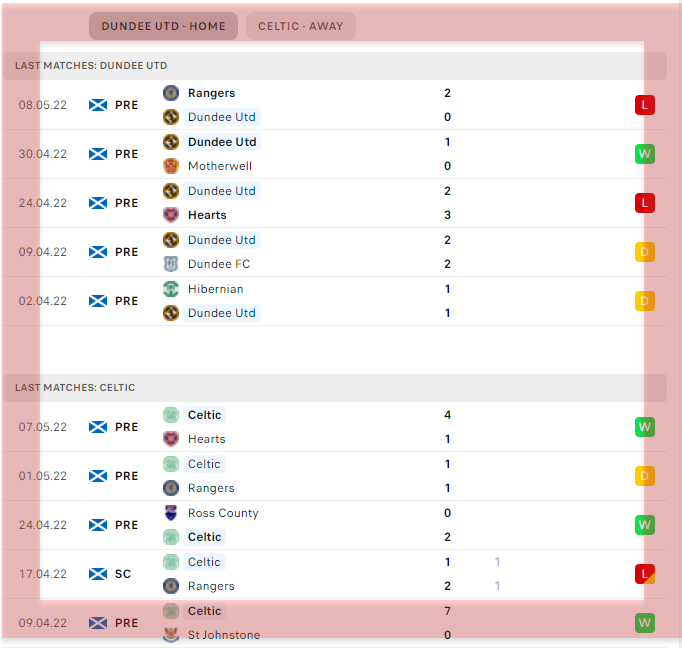