Dundee FC vs Hibernian- Dundee face Hibernian in the Scottish Premiership on Tuesday night knowing that only three points will do. Despite losing their previous two games, Hibs still hopes to finish seventh.

When Mark McGhee took over at Dundee in February, his major goal was to keep the team in the Premiership for another year, if possible ,But the veteran leader has won just five points from 11 games in the Scottish Premiership.

Dundee now need to beat Hibs and Livingston, while hoping St Johnstone lose their final two games.
The Dee’s challenge is made harder by their goal difference deficit of seven goals, leaving them no alternative except to go all-out offensive on Tuesday night .They haven’t scored in 260 minutes and haven’t won a league game at home since December 1. For Hibs, David Gray will remain caretaker manager until the conclusion of the season, having recently replaced Shaun Maloney.

He has won one, drawn one, and lost one of three matches, however Hibs have yet to win Livingston or Aberdeen. The Edinburgh-based team came from behind to secure a point last time out, and Gray has tightened up a defence that was leaking goals under Maloney.

Dundee will need to throw caution to the wind if they want to stay up. But that may only help a Hibs team in need of goals, and we expect the visitors to win by three goals 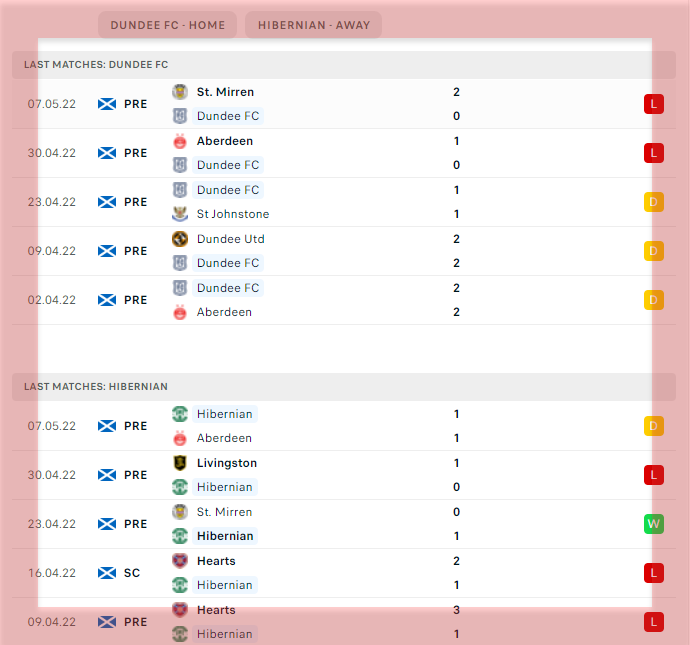