Doncaster vs Charlton – preview and prediction

Doncaster vs Charlton – Rovers are still four points below safety, and their chances of survival appear remote but not impossible. They have not won in the last four league games and are currently second from the bottom.

Charlton Athletic have won two games in a row, putting an end to a long run of league defeats.

The Addicks will travel to Eco-Power Stadium this Saturday hoping to extend their winning streak against the struggling hosts, who are separated by 16 points and 7 places.

With 46 points from 38 games, the Addicks are ranked 15th in the league. In the league, they won 13 times, drew seven times, and lost 18 times. After a long run of unfavorable results, they have finally gained some traction in the last two games.

Charlton Athletic come into the game after a 2-0 League One win over Burton Albion in their previous match. They have failed to score in their last six games, contributing only four points. The Addicks have also had a total goal aggregate of 6 against them in those fixtures.

The Rovers, on the other hand, are in 23rd place on the table with only 30 points. They won only eight of the 39 games they played, drawing six and losing the remaining 25.

The hosts have not won against Charlton Athletic in their previous two league matches and have also lost 8 of their last 9 home games. As a result, we believe an away win is likely this weekend. 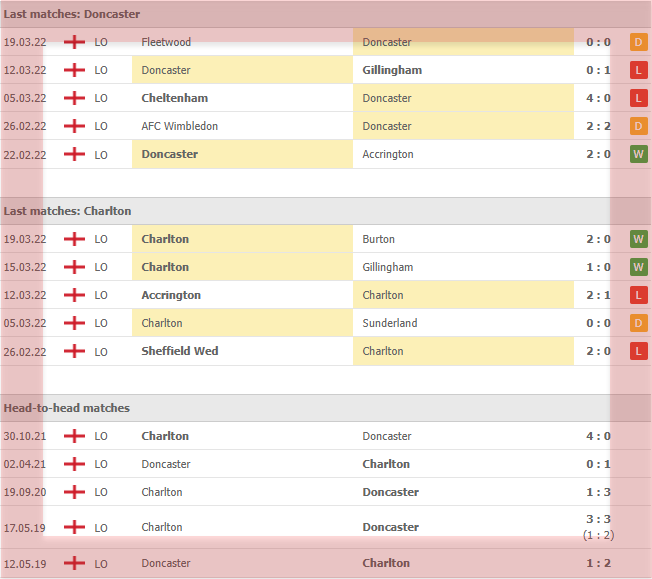 Our Prediction: Away Team to Win or Draw