Dnipro-1 vs AZ – Preview, and Prediction

Dnipro-1 vs AZ – After defeating Veres Rivne 2-0 in the Premier League, Dnipro-1 will be looking for a repeat of that performance. Volodymyr Adamyuk of Dnipro-1 was the sole scorer (47′).

In five of the last six games in which Dnipro-1 played, at least three goals per game were scored. In these contests, their opponents scored six of them, while Dnipro-1 managed to score twelve.

AZ enters this encounter after defeating FC Emmen 0-3 in their most recent match of the Eredivisie. Jens Odgaard (21′), Dani de Wit (27′), and Tijani Reijnders (34′) scored goals for AZ.

The AZ defense has put on a string of tenacious performances, with their cumulative “goals against” total standing at 4 from their last 6 games.

The total number of goals they have personally scored throughout that same time span is 14. Of course, there’s a chance that pattern won’t continue in this game.

With a fully healthy roster at his disposal, Dnipro-1 head coach Oleksandr Kucher has no injury concerns heading into this matchup. 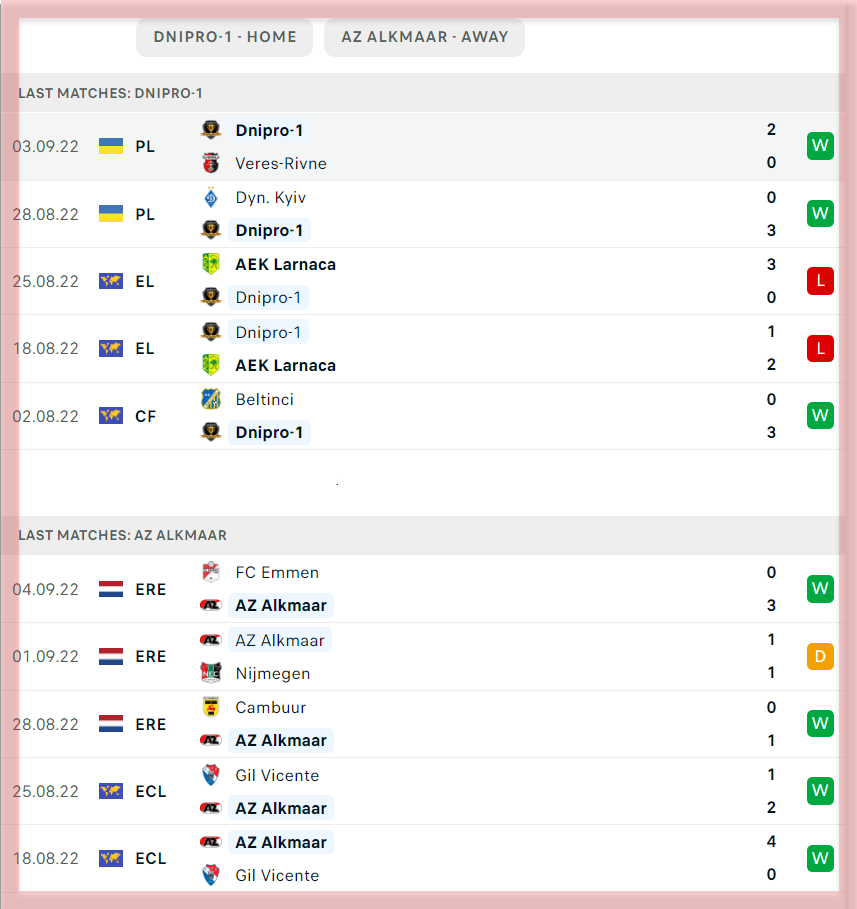