Dinamo Zagreb vs Chelsea – The previous season, Chelsea was among the strongest teams in the English Premier League. Keep in mind that the previous season had far higher levels of competition. In the middle of Manchester City and Liverpool’s dominance, they struggled to stay at the top.

They managed to secure a position in the forthcoming Champions League match thanks to their persistence in finishing on the podium, taking third place at the season’s finale.

On Tuesday night, Thomas Tuchel will look to send his team out onto the field in an effort to get the group stage games off to a good start. Chelsea has played six league games and now sits in sixth place in the Premier League with 10 points. They have racked up three victories, one tie, and two losses.

The Blues defeated West Ham 2-1 before entering this match. On the other hand, with 22 points after 8 league games, Dinamo Zagreb presently leads the table in Croatia’s first division, 8 points ahead of Slaven Belupo, their nearest opponent. The hosts are coming off a 3-1 victory over Rijeska going into this game. After that victory, they had gone eight league games without losing.

For the first time, these two sides are in contact. The Citizens are currently in fantastic shape. But in this match, the disparity in skill between the two teams will be crucial. Chelsea has moreover been a notable team that has advanced to the Champions League match for a number of years.

As a result, the visitors will have a significant advantage in this match as they constantly press Dinamo Zagreb in hopes of scoring. They have a respectable amount of firepower, thus we support the odds of 1.72 for a game with more than 2.5 goals. 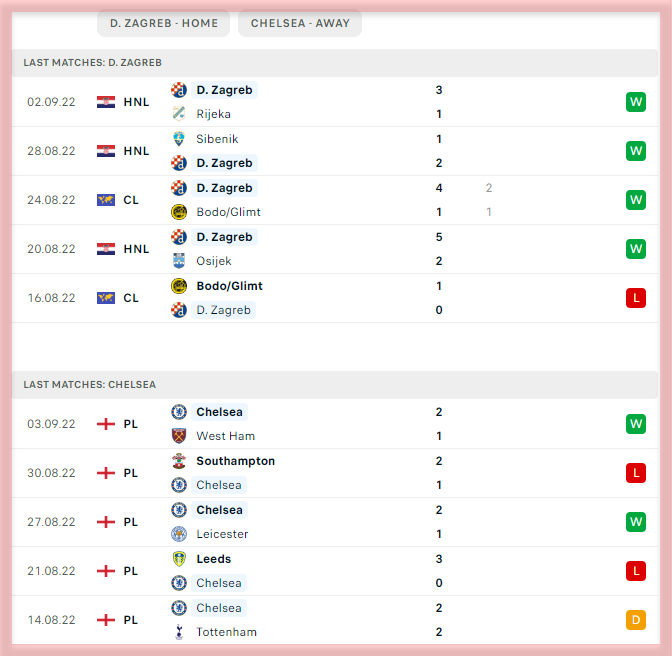