Deportivo Cali vs. Always Ready- Always Ready have a chance to climb out of last place in Group E of the Copa Libertadores as they travel to Palmira on Thursday to face Deportivo Cali from Estadio Deportivo Cali.  Deportivo have been a tough defensive team at home in this competition, shutting out Boca Juniors (2-0) and aggravating the Brasileiro league leaders (0-0).

Los Verdiblancos employs a couple of holding midfielders and a few higher up the field to push. Bolivia’s 2020 champions have struggled to retain early momentum in their group matches.

Baring a defensive meltdown in their next two matches, they are expected to improve their goals against record from 1968 (18) and last year (11). It remains to be seen if they can finish the group stage outside of last place for the first time in club history.

Three of their five goals in this competition have occurred late in a half or in the second 45 minutes, including their previous match against Deportivo when they lost a pair of one-goal leads, drawing 2-2.

A win on Thursday would match their greatest points total from 2021, when they finished two points behind Olimpia for a knockout-round spot.

The physical weariness of a long domestic season and this major competition seems to take a toll on these players in the latter rounds, as they’ve only picked up one point in their final two group games in 1968 and 2021 combined. Eduardo Villegas’ flat back four with two holding midfielders has suited them well domestically. 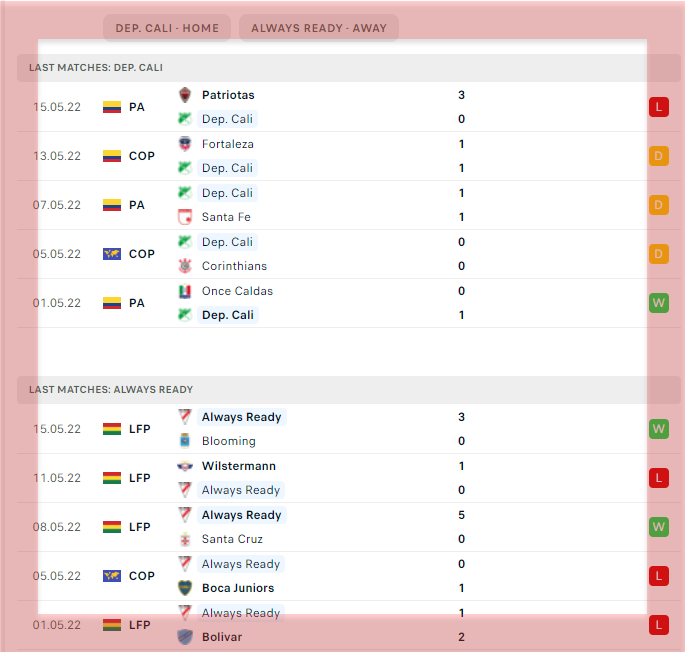