Denmark vs France – Preview, and Prediction

Denmark vs France – Following the 2-0 Nations League triumph over Austria, Denmark, who won their previous game, will be hoping for a similar outcome.

In their last six games, Kasper Hjulmand’s Denmark have scored a total of 11 goals. The total number of goals they have let up in those same games is 7. France and its supporters will be hoping for a better outcome this time after experiencing defeat last time out to Croatia in Nations League action.

The statistics speak for themselves: France has allowed goals in 5 of their last 6 games, totaling 6 goals from their opponents. France can surely improve their defensive play.

Due to an injury-free roster, Kasper Hjulmand, the manager of Denmark, will be grateful to have no fitness issues at all going into this encounter. Didier Deschamps, the France manager, enters this match with no fitness concerns at all thanks to a fully healthy roster to choose from.

Here, we believe that Denmark may find it difficult to get past the defence of this France team, who should at the very least score one goal. As a result, we’re witnessing a fiercely contested match that ends with France winning 0–1 overall.

Denmark vs France – Head -to- Head 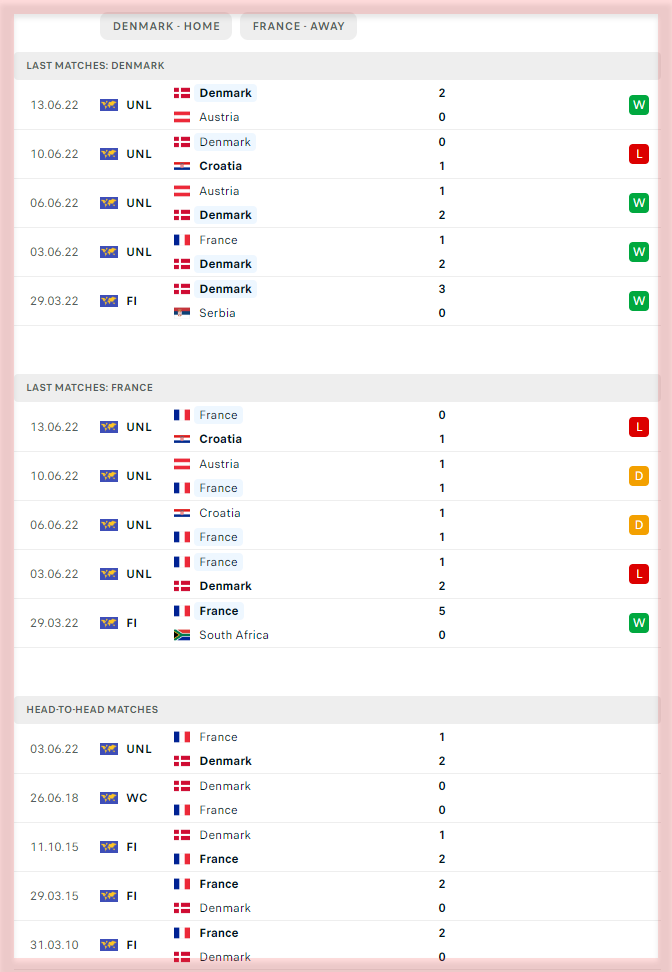