Den Haag will be hoping for a repeat of their 0-1 Eerste Divisie victory over Den Bosch, inspired by their previous performance.

ADO Den Haag, led by Ruud Brood, has scored eight goals in their last six games. In five games, they’ve given up 11 goals.

ADO Den Haag is unbeaten in their last six league matches at home heading into this encounter.

After losing their last game in Eerste Divisie competition to VVV-Venlo, MVV and its travelling supporters will be hoping for a better result tonight.

The numbers speak for themselves: MVV has been scored against in six of their previous six games, with opponents scoring 11 goals in all. MVV’s defense has been far from ideal. 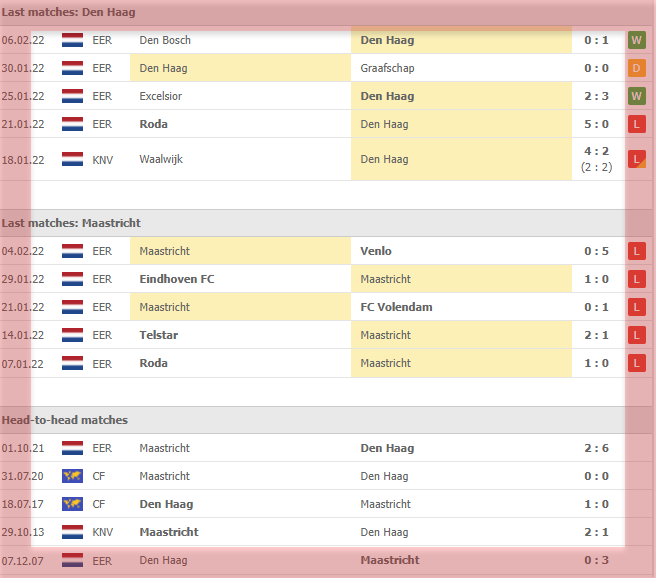