DC United vs Toronto FC- D.C. United, a team from the Eastern Conference, has had mixed results in the match. The team has four wins, one tie, and five losses from ten games played. With 13 points from their matches, the squad is now ranked eighth in the league table. However, the club has gone undefeated in their last two games.

Inter Miami was D. C United’s most recent opponent. Both teams scored two goals in the encounter, which ended in a 2-2 FT draw.

In recent games, Toronto seemed to be struggling with their form. At first, the team had performed admirably in its contests. However, their form dipped, and Toronto went on a five-game losing streak. With 11 points from their matches, the eastern conference squad dropped to 12th place on the table. In the last three games, Toronto has also failed to score in a row.

Toronto FC’s most recent encounter was against Orlando City. Orlando scored the game’s sole goal in the 90th minute, thereby ending their chances of scoring an equaliser. The game ended 0-1 in overtime.

Toronto’s recent poor form puts them in a precarious situation in their encounter against D.C. United. In the last three games, the visitors have failed to score a single goal. The hosts, on the other hand, have scored over 1.5 goals in the majority of their recent matchups.

After a string of home losses, D.C. United has won its previous two home games. Toronto, on the other hand, has yet to win an away match and has failed to score in either of their last two away games.

D.C. United appears to be the superior squad of the two, with a better chance of winning than Toronto. Toronto’s inability to score in previous games could continue in this one. As a result, we should expect D.C. United to keep a clean sheet. 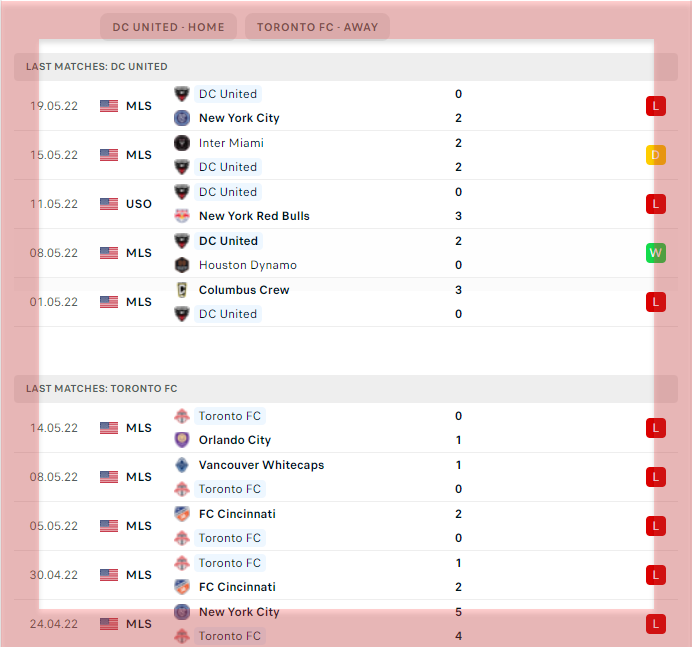