DC United vs New York City FC- On Wednesday evening, New York City FC will travel to Washington to face DC United in what should be an intriguing Eastern Conference battle at Audi Field. Since being defeated in the Concacaf Champions League quarterfinals by eventual winners Seattle Sounders.

The reigning MLS champions have found their stride, winning five and drawing one of their last six matches in all competitions. Ronny Deila’s men have ascended to sixth place in the East, just three points behind section leaders Montreal.

The most recent victory came at Yankee Stadium over the weekend, when NYCFC defeated Columbus Crew 2-0. Valentin Castellanos, the team’s top scorer, scored on the occasion, bringing his league tally to six goals in the 2022 season.

They had conceded two or more goals in four of their previous five games, including the weekend’s 2-2 tie at Inter Miami. However, interim manager Chad Ashton, who took over from Hernan Losada on April 20th, led DC United to two wins in two home meetings.

For a variety of reasons, this match shouts goals. New York City FC is on a roll offensively these days, while DC United has been solid as well, scoring five goals in their last two home victories. At 1.95 odds, we like the Over 2.5 goals FT & Both Teams To Score pick, while we also like the same odds for New York City’s talisman Valentin Castellanos to score anytime in Washington. 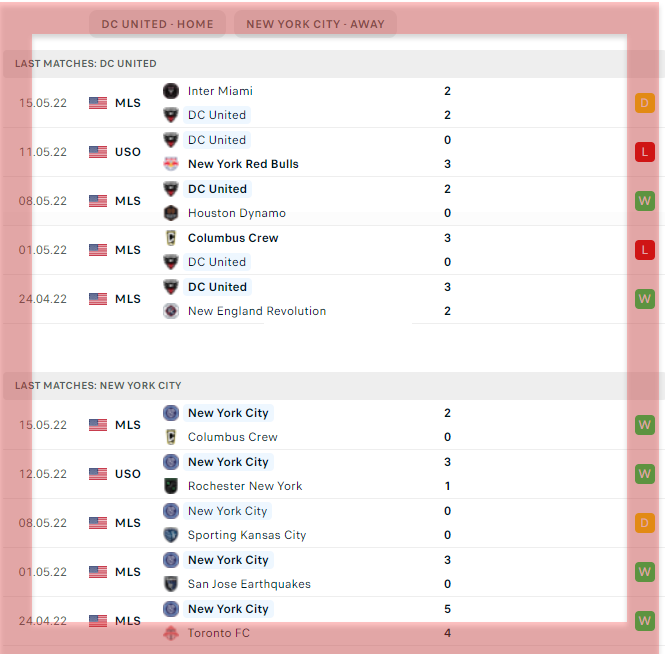