Crewe vs Mansfield – Preview, and Prediction

Crewe vs Mansfield – On Saturday, Mansfield will travel to Alexandra Stadium to take on League Two opponents Crewe. Crewe’s season got off to a great start. They achieved back-to-back triumphs after the first two games. But as they went further, things moved a little more slowly. They also suffered two losses in the process.

As time went on, Crewe was able to get to the ninth position in the league standings. This season, the club scored 11 goals while giving up 9 goals.
It’s also important to note that they finished last in League One last season despite consistently conceding a large quantity of goals.

After a sluggish start, Mansfield’s season is picking up steam, and a 0-2 victory over Gillingham in the previous round extended their unbeaten record to three games.

They are now one point behind their opponents and have moved up to the safe zone slot in the league standings. The offensive line of Clough’s club, which has scored a total of 13 goals in the last six league games, is something to be proud of.

The Railwaymen had gone on consecutive 3-fixture and 2-fixture winless streaks during their previous eight home appearances, losing each time.

The Stags, on the other hand, have won their last two away games while scoring a total of five goals. Also keep in mind that Crewe hasn’t won at this location in the previous 20 years. Therefore, we anticipate the visiting Mansfield team to play well on Saturday.

Crewe vs Mansfield – Head To Head 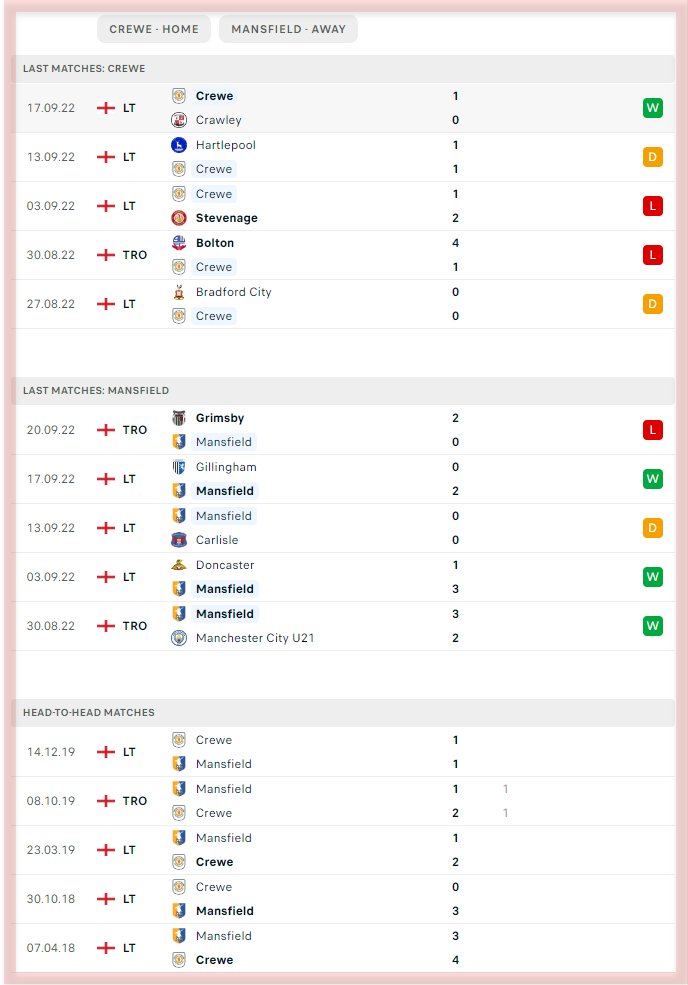