Como vs Bari – Preview and Prediction

Como vs Bari – Bari might not be in the best of forms at the moment, but they still are a team that are going after a podium finish. And they definitely will consider this upcoming match-up against the struggling Como as an opportunity to gain some confidence back.

Como are placed 18th in a table of 20, and have managed just three wins in total till now. Only the dead-last placed Perugia have scored fewer goals than them in the entire competition, and it is also to be noted that all three of their wins came against teams who are currently placed in the relegation zone.

Meanwhile, Bari are placed sixth in the table, and they lost just twice in total all through the tournament. And of course one of the two losses came against the first-placed Frosinone.

Moreover, only the second-placed Reggina scored more goals than them in the entire competition, and most importantly, they have a phenomenal h2h record against this rival over the years.

In the current season of Serie B, Bari only lost to two clubs, one of which being the league leaders Frosinone. Also keep in mind that, throughout the previous 12 months, they had only suffered one other road loss.

Comparatively, Como has only triumphed three times since April, all of which came over groups currently considered to be in the relegation zone, and they also have a concerning head-to-head record versus this opponent over the years.

In the most recent game, Bari prevailed 3-0, and three of their last four battles were victories. In two of the previous three meetings, they scored three goals or more, and it has been 20 years since the home team triumphed here.

The latest match-up at this stadium ended in a 1-1 draw, and by the looks of things, expect a win or draw for Bari this Sunday at the Stadio Giuseppe. 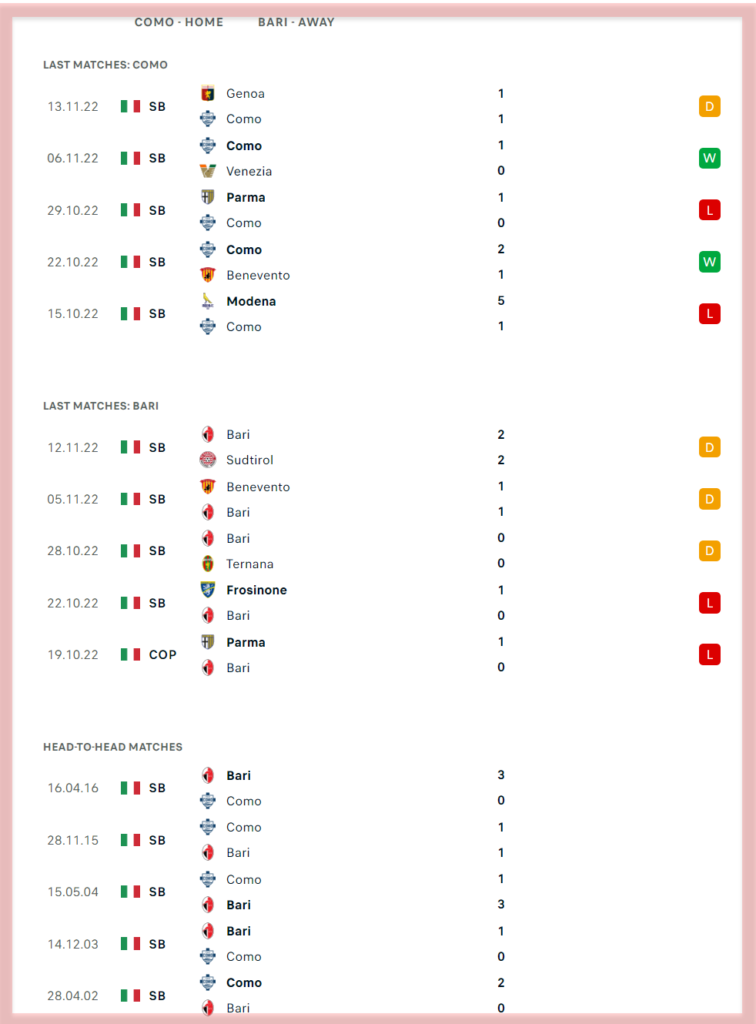