Columbus Crew vs Los Angeles FC- The Columbus Crew of the Eastern Conference has had varied outcomes in their matches thus far. With eleven matches under their belt, the team has three victories, four ties, and four losses. With only 13 points from their matches, the squad has fallen to tenth place in the league rankings. Since April, the club has only scored five goals in five games.

The Columbus Crew’s most recent match was against New York City, in which the latter scored two goals while Columbus failed to score. The game ended with an FT score of 2-0.

Los Angeles’ most recent encounter was against Colorado Rapids. Colorado scored two goals in the encounter while Los Angeles was unable to score, resulting in a 2-0 FT loss.
Only two games have been played between the two sides. Los Angeles has won both of their head-to-head meetings. In both h2h matchups, Columbus Crew has failed to score.

Columbus has won all five of its home games. Their losing streak came to an end with the win in their most recent home encounter. Los Angeles has three wins from five road trips, with the other three games ending in losses.

Los Angeles is the stronger of the two teams and is more likely to win the match. Both teams are expected to score more than 1.5 goals, allowing the game to finish with more than 2.5 goals. 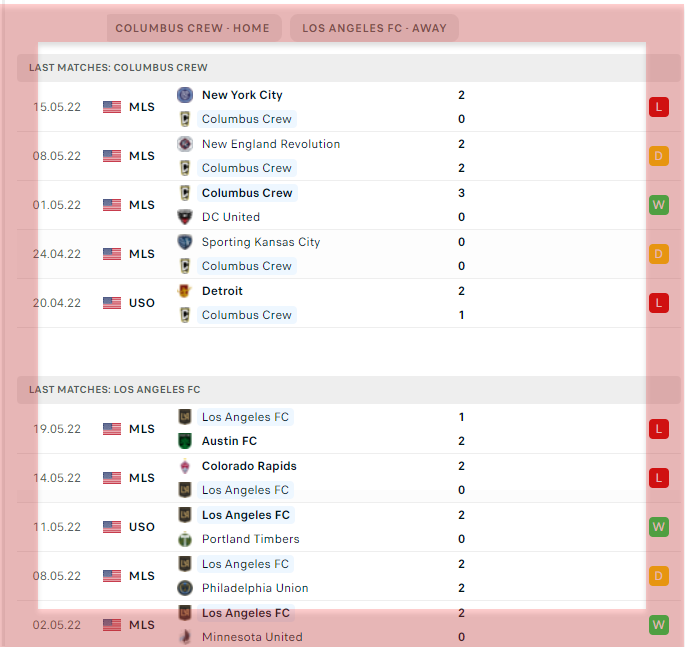