Colchester vs Rochdale – Preview, and Prediction

Colchester vs Rochdale – Colchester will host Rochdale in the league Two match on Saturday at Colchester Community Stadium. Rochdale’s season has become a complete mess as a result of their league table position at the bottom. It is unexpected to learn that they have not yet picked up a victory this year.

This season, Bentley’s squad has gone nine games without a victory. Out of a possible 27, they have only been able to win two of the points this season.

The team’s dismal performance this season has the club’s supporters highly worried. They have a very strong possibility of being demoted if the pattern continues. Colchester, on the other hand, is having a difficult time winning this year. It’s crucial to realize that this season, more than half of their games ended in ties. In League Two, they have only ever won one game.

Further, the team is currently winless in five games. Additionally, Rochdale has the advantage in this head-to-head matchup’s recent history.

Looking at the situation, we anticipate an intriguing encounter between the two on Saturday. Rochdale has clearly had the worst season of any English League Two team this year. In their last nine league contests, the team is winless. In addition, Rochdale has gone 7 straight road trips without a victory. Keep in mind that they had conceded 15 goals overall in their previous 5 away games.

Colchester, on the other hand, had gone on two 2-match unbeaten streaks and had won 5 of their last 8 home games without a loss. Therefore, we anticipate Colchester, the hosts, to win on Saturday.

Colchester vs Rochdale – Head To Head 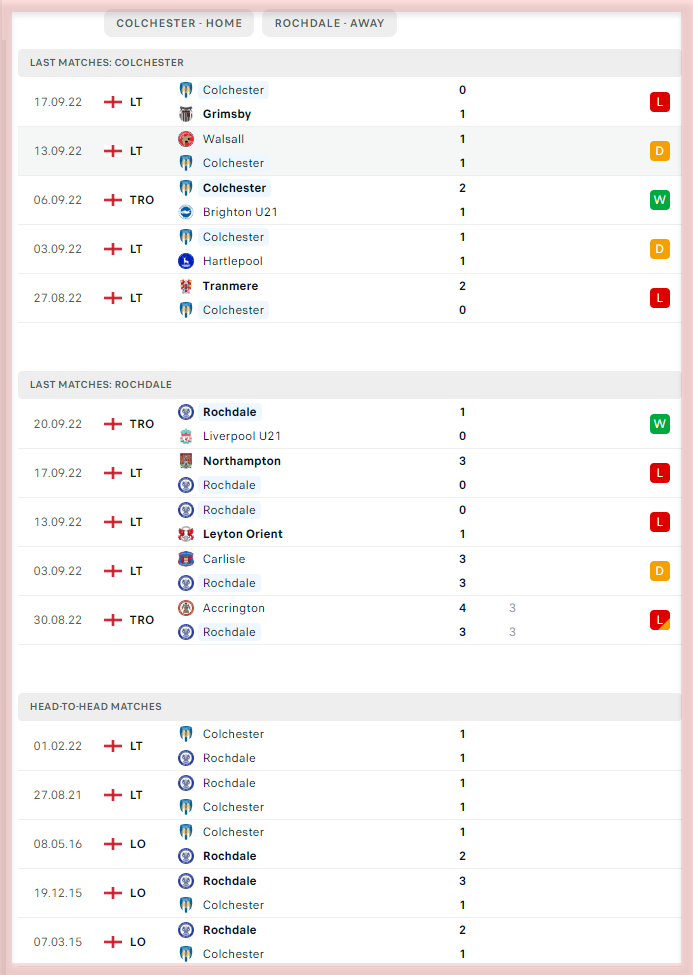