Clermont Foot vs Montpellier – Last Sunday, Montpellier suffered a 3-0 loss away at Rennes, continuing their dismal run of results. The team’s latest loss in Ligue 1 was their fifth straight setback, pushing them even lower in the standings.

Olivier Dall’Oglio left Montpellier two weeks ago, but the team is still having a terrible time maintaining defensive composure. Romain Pitau, the interim manager, is obviously not the best option right now.

Montpellier gave up five goals to Lyon and Rennes in their past two games. On paper, Matchday No. 14’s trip to Stade Gabriel Montpied to face mid-table Clermont Foot should be an easier matchup for them.

Throughout the season, Clermont has been far more reliable. In the last five league games, they have only lost one. They performed admirably in the weekend’s away 1-1 tie with Nantes.

However, it is also intriguing to observe that Clermont Foot did just suffer two strange home losses to teams like Troyes and Brest (1-3 each).

Not to mention, Pascal Gastien’s team prefers attacking-minded football these days. In each of their last six Ligue 1 games, goals were scored in both halves.

In a preseason friendly in July of this year, Clermont Foot triumphed 0-2 against the other team. We simply have to accept the 2.37 odds offered for Clermont Foot’s victory over the failing Montpellier team in this matchup despite the fact that they are anything but a reliable side to gamble on. 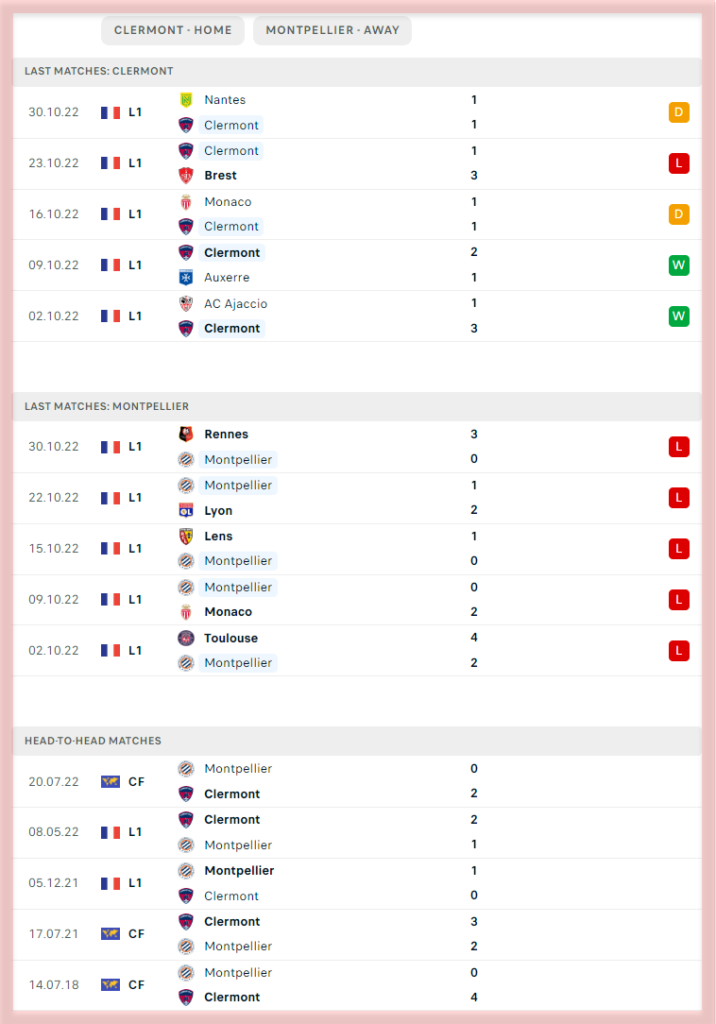