Chelsea vs West Ham United – After losing to Southampton 2-1 in the Premier League the last time they played, Chelsea won’t want a recurrence of that performance here. In that game, Chelsea had 68% of the possession and 4 of its 10 shots on goal were successful.

Raheem Sterling was the lone player for Chelsea to register a goal (23′). Southampton’s opponents had 9 shots at goal, with 7 of those being on target. Southampton scored goals through Roméo Lavia (28′) and Adam Armstrong (45′).

In five of the last six games in which Chelsea played, three goals or more were scored per game. During this time, nine goals were scored by the opposition while only eight were scored by Chelsea.

Chelsea has won all six of their home league games entering this game. After defeating Aston Villa 0-1 in their previous match in the Premier League, West Ham United enters this contest.

West Ham United had 42% of the possession in that game and 2 of their 7 shots on goal were successful. Pablo Fornals (74′) was the only player for West Ham United to register a goal. Aston Villa, on the other hand, had 9 shots total, with 3 of them finding the back of the net.

Recent games have demonstrated the habit of at least one team failing to score when West Ham United is involved. Five of their last six outings show that it has occurred.

Their opponents have scored six goals in these matches, while West Ham United has scored seven. That kind of tendency isn’t assured to carry through here, however. In the last two league games against Chelsea, West Ham United has failed to prevail when playing them away from home.

Almost all of the players are eligible because Chelsea manager Thomas Tuchel just has one fitness issue to deal with out of an otherwise full roster. N’Golo Kanté is no longer in the running due to muscular issues.

There is only one fitness concern for West Ham United manager David Moyes due to a group that is mainly available. This game won’t feature Nayef Aguerd because of an ankle injury.

When comparing these two clubs, we believe that Chelsea will almost surely be able to score a few goals against West Ham United, who may well have trouble scoring. By the time the referee blows the final whistle, Chelsea should have a respectable 2-0 victory margin. 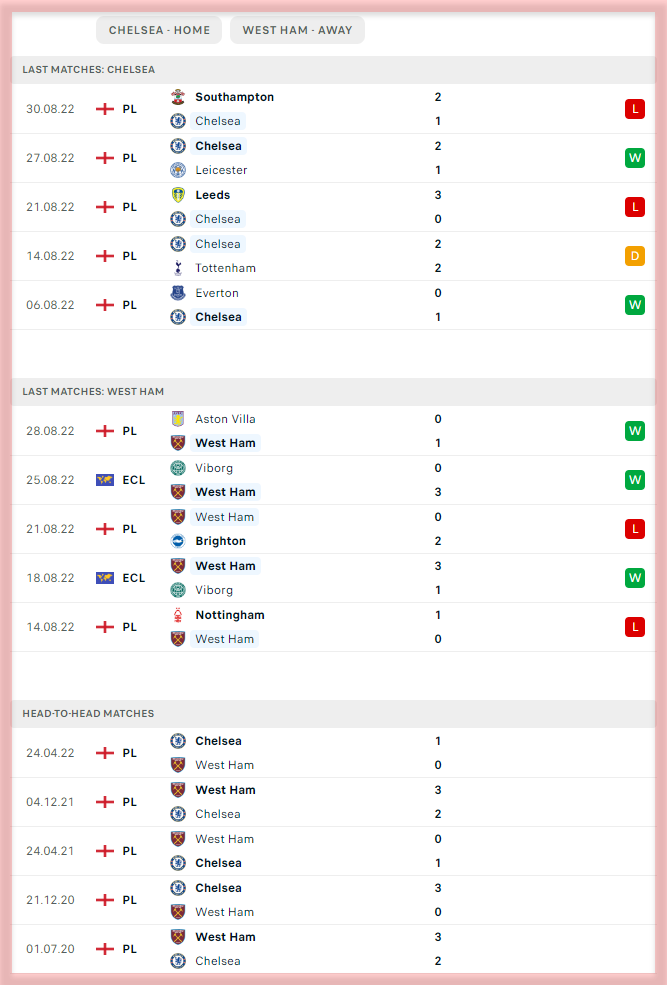