Chelsea vs Liverpool – Preview, and Prediction

Chelsea vs Liverpool – Although the Premier League crown is most likely out of their grasp, the Merseyside Reds still have a chance to win two more medals this season.

They have already won the EFL Cup and are in the Champions League final (against Real Madrid). They also have a chance to win the FA Cup before that.

Liverpool is the favourite to win on Saturday, according to the oddsmakers, owing to their recent success. Since December, Liverpool has only lost one game. The best part is that the majority of Liverpool’s players are in good shape and ready for the big game.

The only player listed as injured is Roberto Firmino. His absence, though, is unlikely to have a significant impact on Liverpool, as he has been serving as a backup this season.

The fact that three other forwards have scored more goals than the Liverpool no.9 – Mohamed Salah, Sadio Mane, and Diogo Jota – demonstrates this.

In their past five EPL games, the Blues have only won five points. West Ham was the only team they beat during that time, and they lost to Everton and Arsenal. In addition, they drew with Manchester United and Wolves.

Their most recent match was a 2-2 tie with Wolves. It was played on their soil, hence the outcome can be considered a failure.

One of the reasons for Chelsea’s poor form is that the team has injury difficulties in the middle of the pitch. Prior to the FA Cup Final, N’Golo Kante, Jorginho, and Callum Hudson-Odoi are all listed as injured.

Liverpool is the betting favourite in the FA Cup Final, according to online bookies. It’s no surprise, given how good this team is right now. The Reds have other things on their minds, but winning the FA Cup is undoubtedly one of them.

Since Thomas Tuchel’s appointment, Chelsea has only lost three Premier League games, and they have won six of their eight matches with the ‘Big Six’. 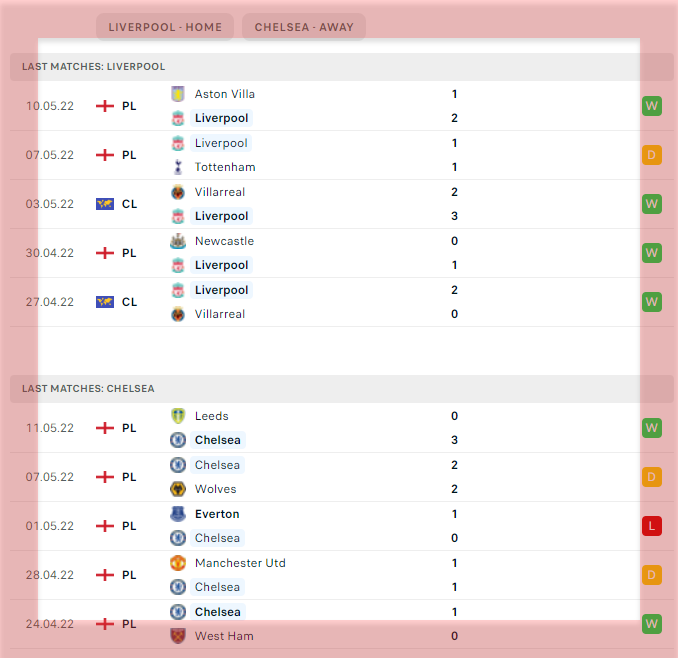