CFR Cluj vs Ballkani – When they lost 3-0 to Sivasspor seven days ago, CFR Cluj lost their first match point. This Thursday at their Stadionul Dr. Constantin Radulescu, they will play the second (and last) game against the group’s underdogs, Ballkani.

After defeating Slavia Prague twice in a doubleheader in the third and fourth rounds, respectively, CFR Cluj needs a victory to go to the knockout round of the competition.

Interestingly, these were CFR Cluj’s only two victories in Group G. However, they will have a fantastic chance to score the third against Ballkani at home.

The visitors’ participation in a European competition’s group stage is an enormous accomplishment. After losing at home to Sivasspor and Slavia Prague back-to-back, they have little chance of moving on.

The guests have nothing to lose in this situation, therefore they will play without any pressure. We wouldn’t be surprised if they scored in Romania as well given that they had six goals in two away games in the UEFA Europa Conference League.

The likelihood of the visitors scoring increases if we consider that CFR Cluj have given up at least one goal in five consecutive games across all competitions. In their previous two losses to Sivasspor and Rapid Bucharest, the Romanians gave up a total of five goals.

CFR Cluj won’t likely squander this chance. To advance to the knockout round of the European competition, they must defeat the Kosovo opposition at home.

We appreciate the 3.00 odds offered for the CFR Cluj to win & Both Teams to Score pick but given that Ballkani have scored six goals in two away games in this group, we prefer other options. You can also choose the 3-1 accurate score pick at 11.00 odds. 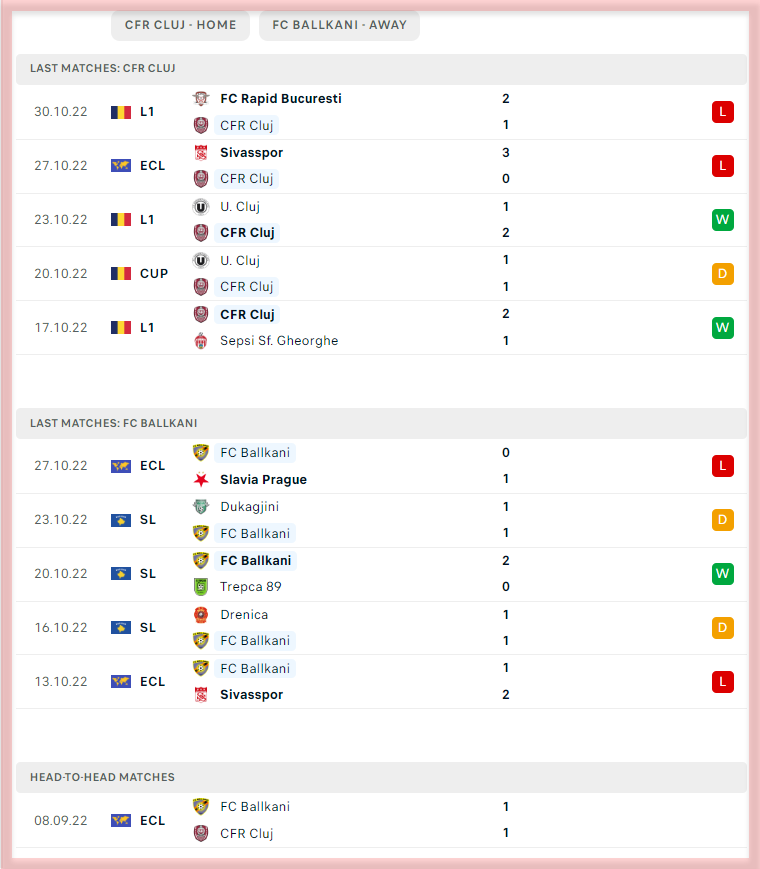