Cercle Bruges vs Anderlecht – Round Two of Belgian Jupiler League kick-start this week as Cercle Brugge play host to Anderlecht. These two sides will be seen meeting at Jan Breydel Stadion this Friday in this new season.

Cercle Brugge finished the 2021/22 season at the mid-table securing 45 points from 34 matches. They were denied promotion to Conference League group by by 7 points.

The hosts really only conceded 46 league goals across the year, but they still leaked regularly and that issue needs to be remedied here. The hosts won’t want a repetition of their recent outcome here after a 0-2 First Division A setback in their previous encounter against Westerlo.

They have seen their defence penetrated in 5 of their previous 6 matches, giving up 12 goals along the way. On the other side, Anderlecht concluded the last season at third spot, winning just two of their final 6 games in all competitions in the Championship group.

With the entrance of new leader, Felice Mazzu, from Union SG, the team has already shown some improvement and are expected to do best. The visitors will come into the battle after a 2-0 league win against Oostende in their last outing.

A streak of strong performances by Anderlecht defenders has resulted in their conceding tally standing at 4 from their past 6 outings overall. Their last 5 h2h games saw Anderlecht with 3 wins while Cercle Brugge won once.

Four out of their last five matches saw at least one 0 figure on the scoreboard. Cercle Brugge are winless from their last 3 h2h home matches. Anderlecht have a good record of 30 undefeated games of their last 36 confrontations in Jupiler Pro League.

They also stay unblemished by Cercle Brugge when having played them away from home in the past 3 league encounters. The side also arrive here on the back of a 3-game unbeaten streak on road.

Meanwhile, Cercle Brugge haven’t been defeated in their previous 4 league matches at home. But they remain winless from their last 3 h2h home encounters. The side have also witnessed conceding 2 goals on average in their league games. 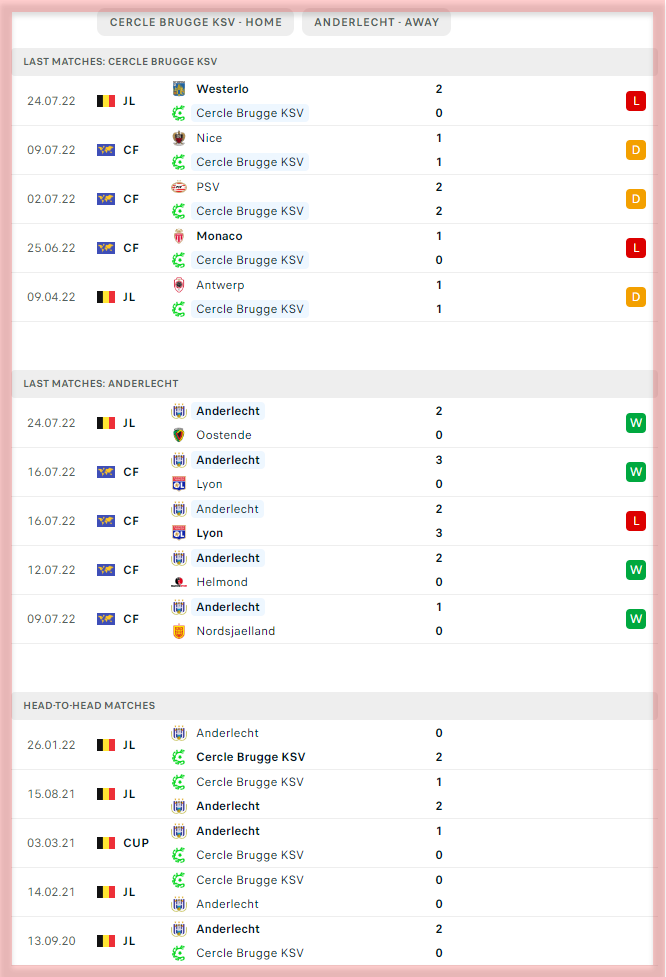