Central Cordoba vs San Lorenzo – Last season, both of these teams finished in Argentine football’s lower echelons, and both of them have started their new seasons with terrible records.

It has been a frustrating start to the season for San Lorenzo, who have yet to win a game and have allowed three goals in their most recent match. Also keep in mind that they had only won seven times in the previous season’s league play.

Meanwhile, Central Cordoba has only won once thus far, although they were able to win six games in total during the last time they competed. In addition, keep in mind that they’ve been on a dismal run at home for a while and have been allowing a lot of goals in recent weeks at this location.

San Lorenzo, on the other side, is currently on a four-match losing streak and has lost 16 of their last 19 overall matches. For the last 11 months, they’ve only managed to win 5 games when playing away from their stadium. 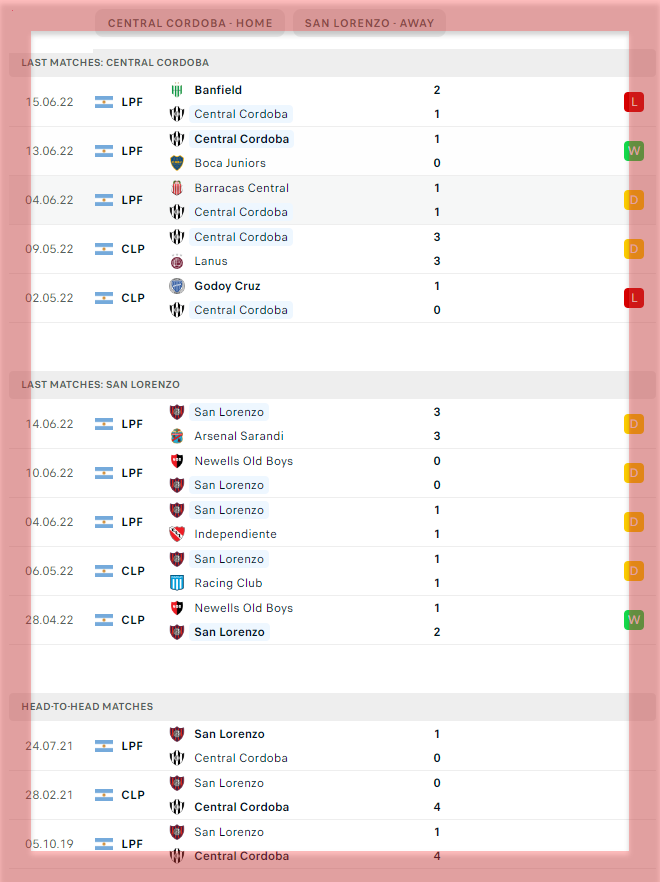