Celtic vs Aberdeen – Preview, and Predictions

Celtic vs Aberdeen -This week, Celtic and Aberdeen will face off in the opening round of the Scottish Premiership. This Sunday, the first match of the new season between these two teams will take place at Celtic Park.

The Hoops enter this match after defeating Dean Smith’s Norwich City 2-0 in their previous friendly match. The hosts have recently displayed a string of successful performances in the friendlies as they are ready to defend their Scottish first division championship.

Aberdeen, on the other hand, came close to escaping the relegation zone last season. Only 10 victories and 11 ties out of 38 games resulted in a meagre 41 points for them. However, the team has performed admirably in the League Cup, winning each of the four games it has played so far in Group A by a total score of 12-0.

The guests will enter the encounter fresh off a 3-0 League Cup victory over Raith Rovers in their most recent match. The Aberdeen defence has put together a string of solid performances, leaving them just one goal allowed over their last six games overall.

Since their last 17 head-to-head meetings, Celtic has gone undefeated; in their last four meetings, there have been goals from both teams. The Hoops scored at least twice in each of their last three victories.

Celtic has defeated this opponent 33 times out of their 40 previous encounters, which by itself demonstrates how powerful this team is. The Hoops are currently riding an 11-game home and away unbeaten streak. The last five head-to-head games at home have been victories for the reigning champions.

Aberdeen, however, has won its last three away games in a row. However, they have a bad record against this opponent this year, as they have lost their last 8 trips to Celtic Park. 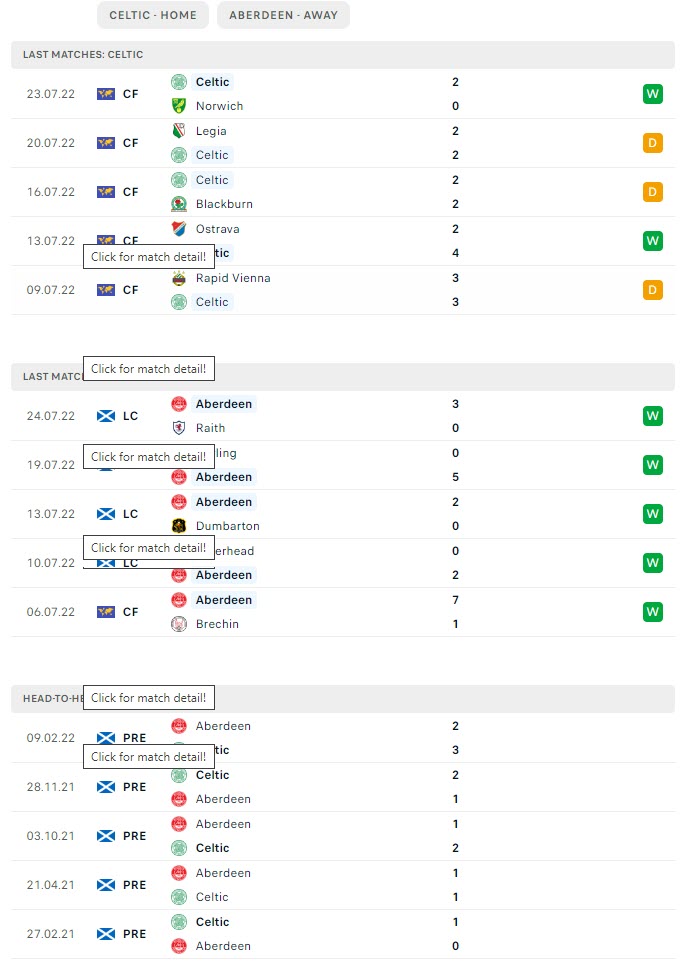 Our Prediction: Home to Win Or Draw