Cardiff vs Rotherham – Preview, and Prediction

Cardiff vs Rotherham – Cardiff last participated in a league victory celebration on October 8. Now that they are only one point above the relegation zone, the situation is critical. At Cardiff City Stadium, they will host Rotherham for a crucial match.

The club coached by Steve Morison is experiencing a severe goal drought as they have gone three games without scoring. They have lost three straight games, and this is the main cause of it.

The club is in disarray following the 1-0 loss to Coventry. The team of Steve Morison then engaged in an aggressive performance against Swansea and QPR. They received a red card in the first twenty minutes of both of those games as a result. Russell Martin’s team only lost by a score of 2-0 against Swansea despite having six shots on goal throughout the contest. Following this outcome, the host is presently at position twenty on the table.

Recently, Viktor Gyokeres’ injury-time goal prevented Rotherham from claiming all three points. This outcome follows their 4-2 loss to Hull City. The current position of Matt Taylor’s group on the table is eleven. The home team’s top priority is to earn a victory at all costs. Considering that they have a three-game losing streak. Callum Robinson, the team’s primary striker, will be absent.

In the past two games, Steve Morison’s experimentation with his team’s shape has not been successful. You can wager on the following because, according to our prediction, Cardiff will triumph 1-0 in this match. This is after taking into account the host’s stellar record versus Rotherham at home. Additionally, they triumphed over Blackburn at Cardiff City Stadium earlier this month.

Our second prediction for this game is that Cardiff will maintain its unblemished record; the odds for this prediction are 2.37. The home team has preserved a clean sheet in three of the last four games played at Cardiff City Stadium.

Cardiff vs Rotherham – Head To Head 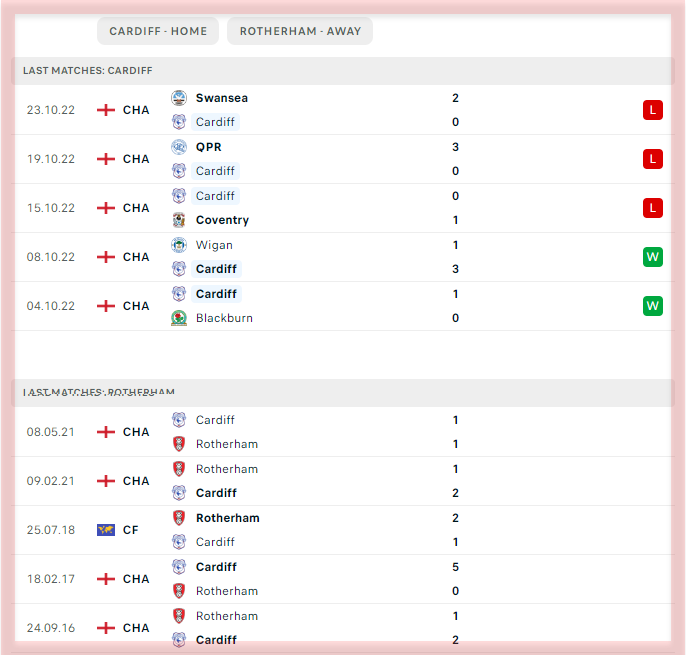