Cadiz vs Real Madrid – Los Blancos have already won the competition this season, and they did so in style. In fact, their dominance was so strong that they currently lead the standings by 12 points with two games remaining. They have the most goals in the competition and are hungry to maintain their winning streak ahead of their Champions League final versus Liverpool.

They have a once-in-a-lifetime chance to become the first team to win 14 UCL crowns, which would be incredible given that the next best record is held by AC Milan, who have exactly half of that – seven. This will simply cement Real Madrid’s status as the greatest club of all time.

They face one of the weakest clubs in the Spanish top flight this season this weekend. Cadiz is currently ranked 17th in the table and is fighting relegation. They’re under a lot of strain, and their defence hasn’t been particularly strong this season. Furthermore, they have a bad head-to-head record against this adversary over the years, and all of these factors point to Real Madrid winning this Sunday on the road.

Cadiz was defeated 3-0 on the road by Real Sociedad on Saturday, and they had lost 11 of their previous 15 games. It’s also worth noting that they’ve only won three times at home this season in all competitions.

The Royal Whites, on the other hand, thrashed Levante 6-0 at home in the previous game week. They had also won 11 of their previous 15 games overall, and they had been scoring at an incredible rate throughout this time. Furthermore, they have a strong head-to-head record versus this competitor over the years. For all of these reasons, Real Madrid is expected to triumph again this Sunday. 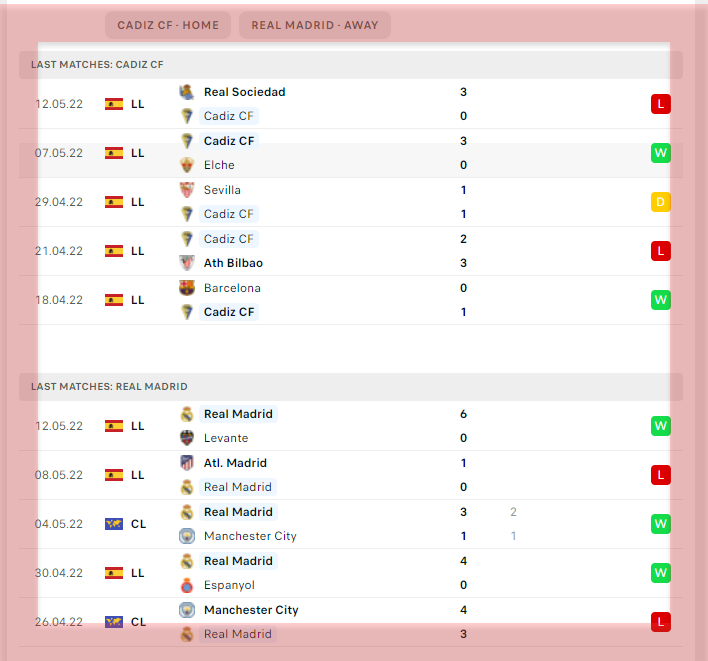