Cadiz vs Real Betis – Real Betis have a good chance of finishing fifth or sixth, which would put them in the Europa League or Conference League, respectively. They are, however, only four points behind fourth-placed Sevilla, who are currently on a losing streak.

This is the time to strike, and Real must not squander the opportunity. And, thankfully for them, they’ve found the ideal opponent.

Cadiz is clinging to the relegation zone by a thread, and they’ve been one of the league’s weakest teams for a long time. They have won just five times all through the campaign, and they have been the single poorest team in home fixtures thus far.

Going on, they also have a bad h2h record versus this competitor in the past few years. Expect Betis to win this weekend, based on the current situation.

Valencia held Cadiz to a 0-0 draw on the previous matchday. They had also gone winless in seven of their previous nine games, with only two victories at this site since May of 2021.

Betis, on the other hand, defeated Osasuna 4-1 at home in the previous game week. They’ve gone four games without losing, and in the last five months, they’ve only lost two league games on the road.

These two defeats were against Bilbao and Sevilla, respectively.

Furthermore, they have a fantastic head-to-head record against Cadiz throughout the years, and based on all of these factors, Real Betis should win on Saturday at the Estadio Nuevo Mirandilla.

Cadiz have scored the least amount of goals at home, and they have won the least number of fixtures in home matches as well (only two) (just two).

Meanwhile, in the entire 2022 season, Betis has only lost once on the road, and that loss came against fourth-placed Sevilla. 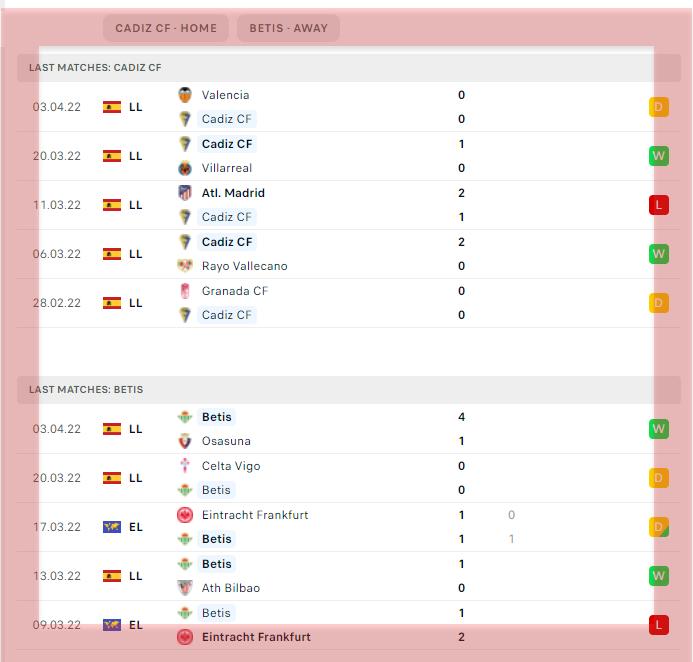