Cadiz vs Atletico Madrid – Atleti, a former champion, is regaining its form slowly and has climbed back into third place on the table. They will be the clear favourites this weekend against Cadiz, one of the front-runners to be demoted at the end of the season.

Cadiz is ranked 19th out of 20 teams, and they have only recorded one victory so far this season. They have so far scored the fewest goals of any team in the competition, needing an extra three points to catch up at least to the relegation cut-off.

In reality, they have only been successful in scoring five goals in their 11 games thus far. Furthermore, in the Spanish premier division this season, only dead-last Elche conceded more goals than they did.

The team led by Diego Simeone is in control of third place, and they have only lost twice since then. One of the two losses was against the current European champions Real Madrid, while the other was to the past winners of the Europa League, Villarreal.

As of now, Atleti has a perfect undefeated away record. In reality, they have a 100% winning record away from home, barring a tie against the competitive Sociedad.

Additionally, and more significantly, they have an outstanding head-to-head record versus this opponent. It appears that Atletico Madrid will triumph this Saturday.

In the most recent game, Atleti prevailed 1-4. They have won their last three games. Four of their last six matches had four or more goals scored. Since 1990, the home team has failed to win at this venue once.

In the previous five months, Cadiz has only managed one victory, which they achieved against Valladolid. It is also important to note that in April, they defeated Elche at home for their most recent victory.

However, throughout the course of the previous five matchdays, Simeone’s club scored more goals than any other team in the league. They are in excellent shape and have an outstanding head-to-head record versus this competitor throughout the years. 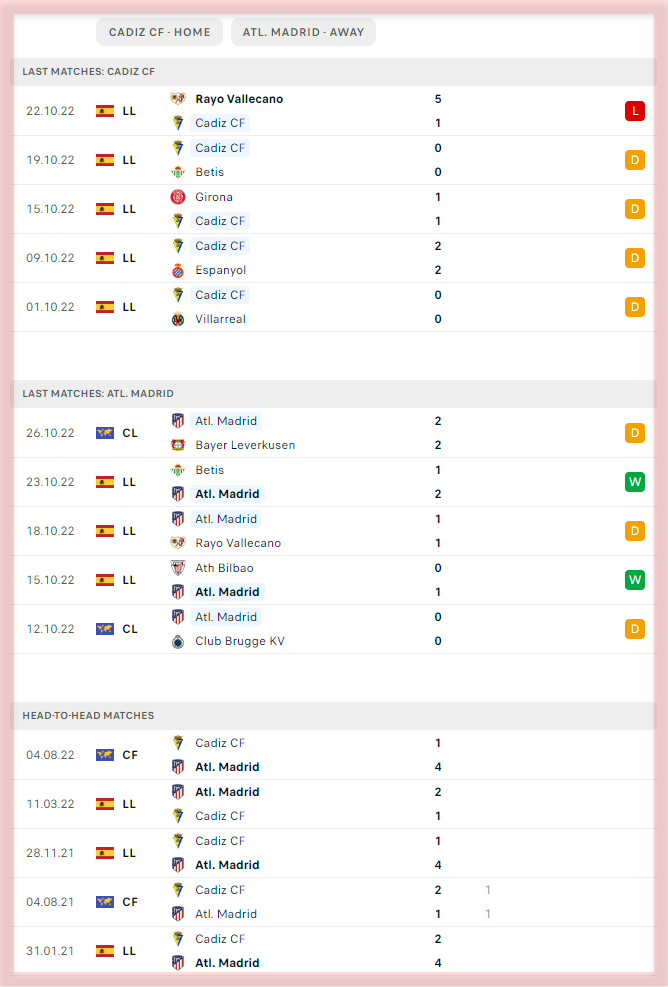