Burnley vs Wolves – Preview and Prediction

Burnley vs Wolves – Burnley will be hoping to extend their Premier League survival hopes when Wolverhampton Wanderers visit Turf Moor on Sunday.

The Clarets won 2-0 over Southampton on Thursday, while Wolves haven’t played in the league since April 8, when they fell 1-0 to Newcastle United.

Burnley’s manager Sean Dyche left for a rival club. It’s been a good week for Burnley, who drew with West Ham then thrashed Southampton 2-0.

Burnley are now 18th in the table, one point below Everton and five behind Leeds United. Everton have a game in hand, but they face championship contenders Liverpool on Sunday.

But a win today would put them in a good position going into next weekend’s trip to Watford, as well as winnable games against Aston Villa, Tottenham Hotspur, and Newcastle United.

Burnley have 18 points from 16 league games at Turf Moor, one of the league’s worst home records, and will host Wolves, who have 26 points from 16 games away from home.

Wolves, meanwhile, haven’t played since April 8, a 1-0 loss to Newcastle. The visitors will be the more rested team.

Wolves finished 13th last season, so a top-seven finish would be a huge step forward, and they have won 15 league games this season, the same as Manchester United.

This season, Lage’s club has 26 points from 16 road games. Only City (39), Chelsea (36) and Liverpool (34) have more away points. A 2-1 setback at Turf Moor last season was Wolves’ third Premier League loss versus Burnley.

Burnley will be motivated after their win over Southampton, but Wolves will be the more rested team. The visitors need the points to keep their European aspirations alive, but we expect a scoreless draw. 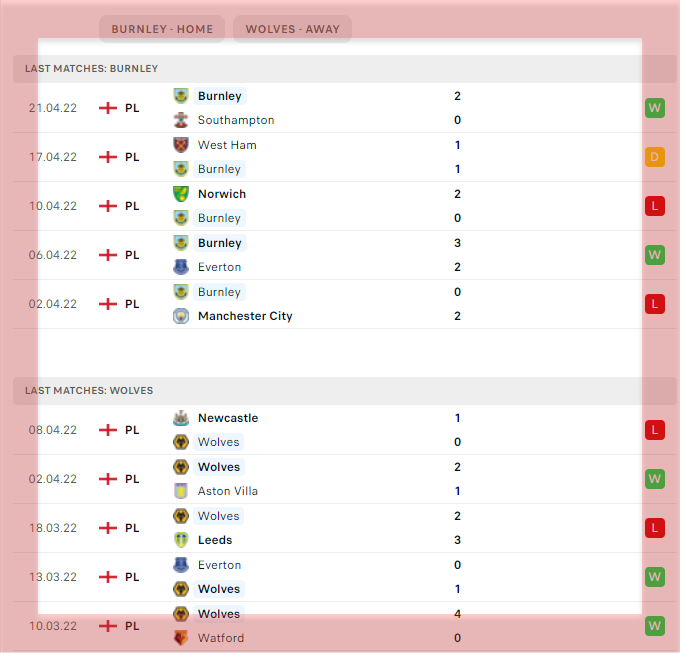