Burnley vs Luton – Preview, and Prediction

Burnley vs Luton -Burnley’s performance throughout the most recent Premier League season was dismal. They were consequently placed in the 18th position on the standings.

They were consequently demoted to this season’s Championship. They will be looking to go back into the top flight after losing it.

Luton, meanwhile, played in the previous Championship season with a mediocre form. After finishing all of the fixtures for that season, they have managed to find themselves in the safe zone.

They then participated in the Championship Playoffs. In their last five head-to-head encounters, Burnley and Luton have split their results.

In their recent friendlies, Burnley has faced respectable teams like Shrewsbury and Rochdale. In the majority of those, they were able to successfully seal successful outcomes.

Throughout the preseason games, their offensive and defensive lineups had remarkable performances. Burnley finished the last Premier League campaign at home with respectable gains.

Prior to their great finishing run, they had high hopes of avoiding the relegation spot toward the end of that season.

On the other hand, Luton’s recent performances in preseason friendlies have been merely mediocre. Their rivals weren’t as formidable as the ones Burnley was facing.

Additionally, we can observe that their defensive lineup allowed goals in the majority of those games. In recent road friendlies, Luton had impressively successful results.

However, they have failed to win in four of their last five tough road matches. Three of them were poor performances, with their defensive lineup worryingly conceding goals. 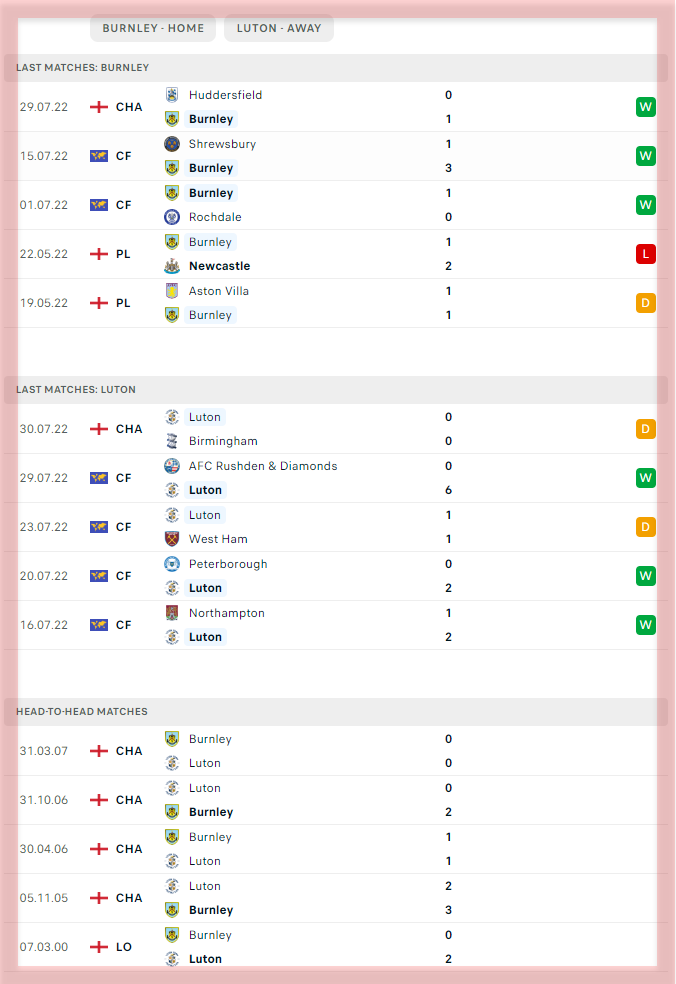