Burnley vs Aston Villa – Burnley’s imminent relegation has brought them to their senses. They are now unbeaten and scoring goals at an incredible rate. But they haven’t guaranteed their safety at the end of the season. So the squad must maintain this momentum. They are at home, and their fans will be loudly cheering for them after the last two weeks.

The Villa have been out of form for several weeks. They’re struggling to keep clean bedding, and they’ve been failing lately on the road. Moreover, being in the middle of the table has made them complacent. This seeming security has allowed them to relax. Expect a Burnley win when these two meet on Saturday.

Burnley won 1-2 against Watford last Saturday. They have won three straight games and scored six goals in their last three home games. Aston Villa did win 2-0 at home last week, but it was against relegated Norwich. They had gone 5 games without a win, 4 of which were losses. Notably, they had lost 12 of their previous 18 road trips ,Considering this, predict a win for Burnley this Saturday. 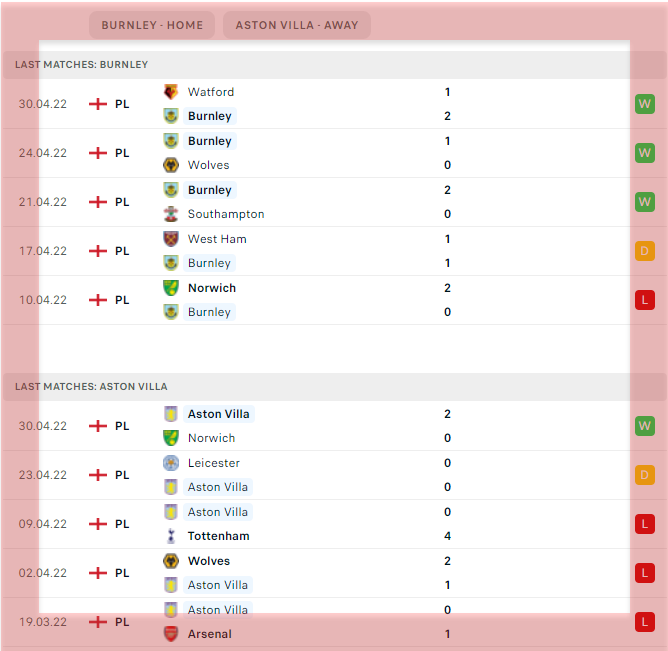