Bristol Rovers vs Accrington – Both Accrington and Bristol Rovers are experiencing a lackluster season this year. This Saturday at Memorial Stadium, they will square off. One of the league’s worst performing teams this year is Joey Barton’s group. They are only four points away from slipping to the very bottom.

Nevertheless, the host team lost their most recent league game to Lincoln City 6-3. By scoring a brace, Aaron Collins did his best to support his squad. But they couldn’t compete with Lincoln City.

In the upcoming games, manager Joey Barton will exercise extreme caution. He will need to concentrate on his team’s defensive backs. It is startling to learn that they have gone seven games in all competitions without recording a clean sheet.

On the other side, Stanley defeated Cheltenham by a score of 1-0 to snap their three-game losing run. Within the first fifty seconds of the game, Sean McConville scored the only goal. The team was able to move up to position 17 on the standings thanks to this victory. But if they want to place in the top ten this season, they have a long way to go.

In their last two head-to-head contests, both clubs have netted a total of twelve goals. The current visitors have prevailed seven times in the last 10 encounters between these two teams. The most recent game was won by Bristol 4-1.

The forthcoming game is predicted to be a goal-fest for spectators. It’s important to note that in the previous three matches versus Rovers, John Coleman’s team alone managed to score a total of eleven goals.

However, the home team has given up eight goals in their last two league games. Additionally, Rovers haven’t triumphed in a League One match since August 13th.

Our initial prediction for this game is that Accrington will win; the associated odds are 3.00. The current visitors have prevailed in three of the last five games at Memorial Stadium. Additionally, the following tip predicts that there will be over 3.5 goals scored; the odds for this top are 2.75. Twelve goals have been scored by each clubs in the last two head-to-head contests. 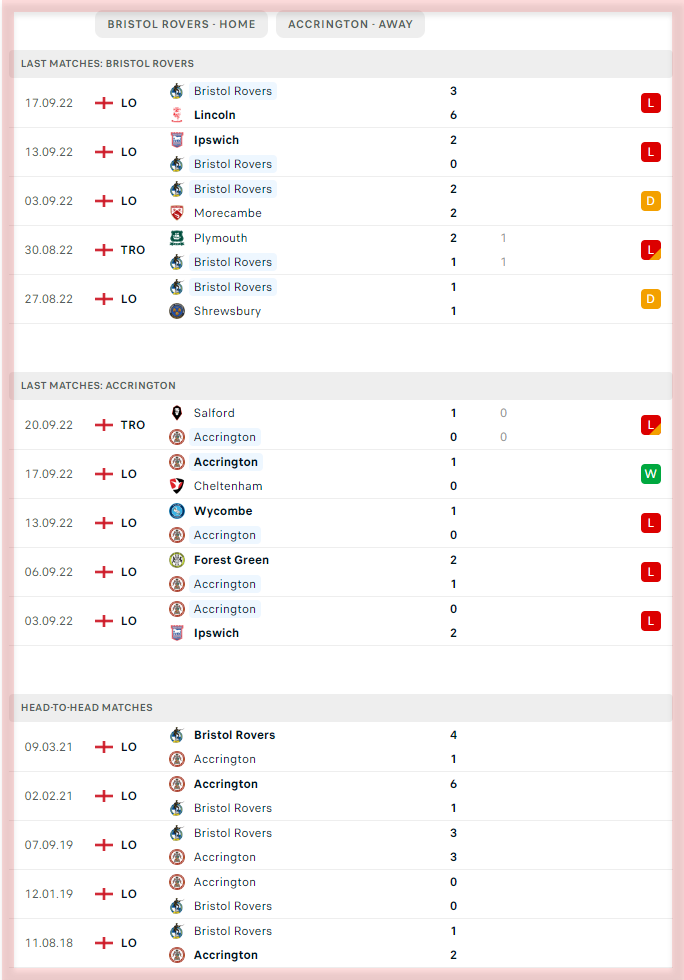