Bristol City vs Swansea – The recent turbulence in Bristol City’s play has prevented them from moving up to the top ten in the table. At Ashton Gate Stadium, they will play Swansea in a critical match.

The host most recently suffered a 2-0 loss against Reading. In their last three games, this is their second loss. Since their 3-0 loss to Birmingham, they have been losing every other game, which indicates that they are going through a very difficult time. The team is currently in thirteenth place on the league table as a consequence of this outcome. Additionally, this season, they have lost roughly 47% of their games.

The season is great for visitors at the same time. With a 2-0 victory over Cardiff City, the team is now ranked fourth. In that match, Russell Martin capitalized on Callum Robinson’s dismissal in the seventh minute of play by altering his playing strategy. This month, they have only suffered one defeat, to Burnley. Keep in mind that they are the only top-five team with a goal differential of zero.

In the meantime, Michael Obafemi has filled in admirably for the suspended Joel Piroe, scoring the game’s second goal in four of his past five outings. At Ashton Gate Stadium, the home team hasn’t triumphed in over three years.The two teams have faced off five times in the past two years, with three victories going to the visitors.

The visitors won the game 3-1 when these two teams last faced off in February of this year. The team of Nigel Pearson appears to be in very poor recent form. As they have won just one of their previous four home games. You should be aware that Oliver Cooper has three goals in his last four games. As a result, Swansea is likely to control this match.

You can wager on the following as our first tip predicts a 2-1 victory for Swansea, with odds of 11.00. This is after taking into account that the visitors had won both of their previous three encounters. Additionally, Bristol last defeated this team in this matchup back in 2019. Oliver Cooper to score anytime with a 6.00 odd is the second prediction for this game. He has goals in each of the last two games. He also opened the scoring against Cardiff City. 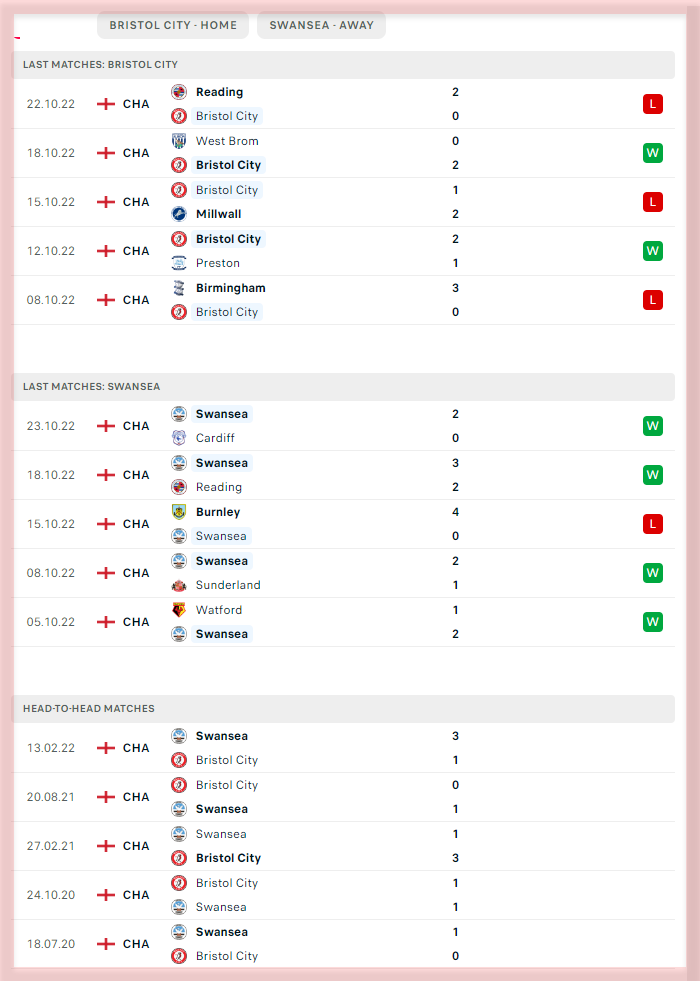