Bristol City vs Sunderland – Bristol City had a similarly poor season last year. At the end of the previous season, they were a few positions above the relegation zone. In any case, they didn’t have anything satisfying. Their dreadful defensive lineup further exacerbated the situation.

Meanwhile, Sunderland had been in fantastic form in the previous League One season. As a result, they took the top spot in the league table and were promoted to the Championship. They will also be trying to continue their outstanding run in the Championship.

Sunderland have won two, drawn two, and lost one of their last five matches with Luton Town. Both teams to score has come up in two of the last four meetings between these two squads.

Their most recent meeting at this location resulted in a 3-3 tie. Bristol City has been consistently unblemished in their recent friendly matches. They had played teams from various leagues around England and were unbeaten in all of them.

This season, though, they began with a 2-1 defeat against Hull City. Bristol City have been playing well at home recently. They are now unbeaten in their last eight home games. Their offensive line is scoring goals at a high rate.

Sunderland, on the other hand, has recently put up mediocre performances in preseason friendlies. Before into this Championship season, they had a losing streak. Following that, they began with a 1-1 tie against Coventry.

They were having inconsistency on the road near the end of preseason warm-ups. Sunderland has now lost four of their last five away games. Three of them were poor performances, with their defensive lineup allowing at least two goals. 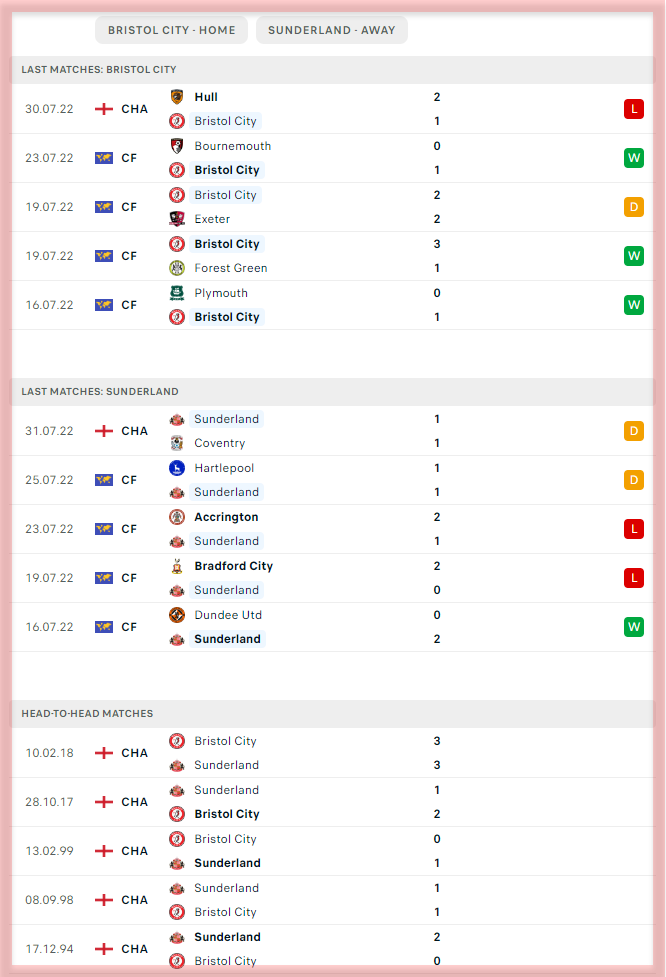