Brisbane Roar vs Melbourne City – Brisbane Roar have had a difficult start to their season. However, the club continues to struggle to maintain consistency, resulting in the team remaining in the bottom part of the league table. The team has won five and lost five of their last five matches.

Brisbane’s most recent encounter was against Perth Glory. Brisbane scored four goals and defended their goal admirably, allowing the opposition to score only once, and that too late in the encounter. The team has now won two consecutive matches following the victory in the previous match.

Melbourne City has been competitive throughout the season. The club is undefeated in their last seven games. Their outstanding performance has propelled them to the top of the league table, with 34 points earned thus far.

Melbourne City’s most recent match was against Melbourne Victory, in which both clubs scored one goal apiece, resulting in a 1-1 FT score.

Brisbane Roar will face stiff competition in Melbourne City. Brisbane has not had the finest start to the season, while Melbourne City has gone undefeated in their previous seven matches and produced some strong performances.

I predict the match will most likely finish in a Melbourne City victory. Both clubs have found the back of the net in their most recent contests. As a result, we can anticipate them contributing to the scoreboard in this encounter as well, with the contest ending with more than 2.5 goals. 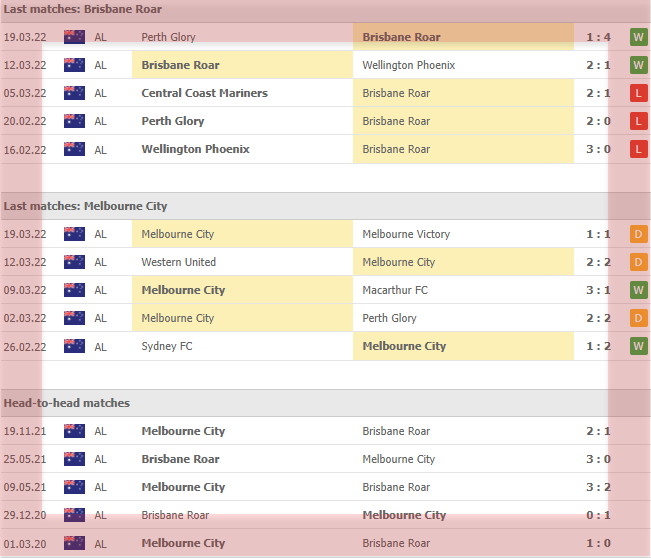