Brisbane Roar FC vs Sydney FC – The A-League resumes play this week with Sydney FC hosting Brisbane Roar on Monday ,Both teams have struggled this season and will be motivated to win this game. Sydney FC are eighth in the A-League and have been inconsistent all season. The away side lost 4-1 to Melbourne Victory last week and will need to bounce back.

However, Brisbane Roar are currently 11th in the league table and have struggled this year. The hosts lost 2-0 to the Central Coast Mariners last week and have a point to prove this week. In the official head-to-head record, Brisbane Roar and Sydney FC have each won 18 games out of a total of 53 matches played between the two sides.

The two teams met in the Australia Cup earlier this year, with Sydney FC winning 1-0. A wasteful Brisbane Roar will need to be more clinical this week.

Sydney FC have had a rude awakening this season and have much to learn in the months ahead. Adam Le Fondre and Elvis Kamsoba, for example, can be dangerous when they want to be. Brisbane Roar have improved after a slow start but have remained inconsistent. On paper, Sydney FC should win this game. 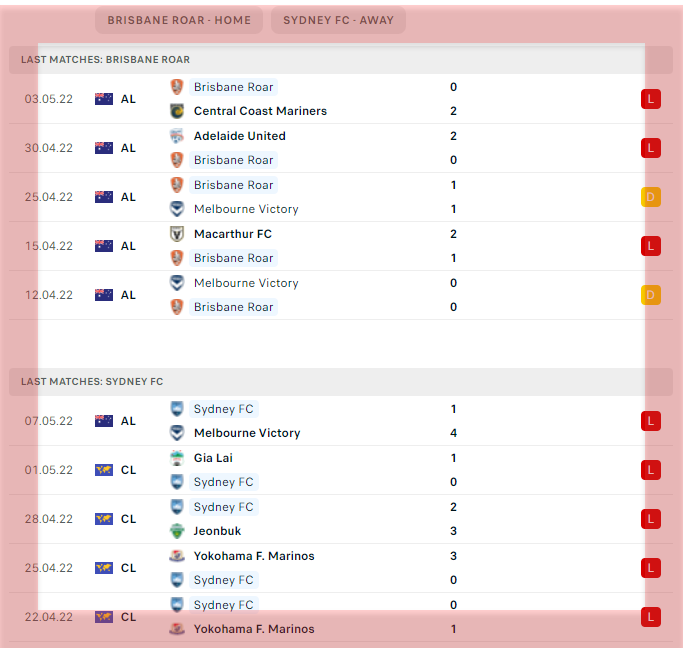