Brest vs Strasbourg – Preview, and Prediction

Brest vs Strasbourg -After losing to Rennes 3-1 in their previous game in Ligue 1, Brest will be looking to avenge that loss here.

Brest had 35% of the ball during that game and made 7 attempts on goal, scoring on two of them. Franck Honorat scored for Brest in the 57th second.

In recent years, Brest hasn’t kept a clean sheet very often. According to the data, Brest has conceded 19 goals while failing to stop their opponents from scoring in six of their previous six matches.

Whether or not this tendency can be continued, it will be intriguing to see. Strasbourg and Nantes drew 1-1 in their previous meeting in Ligue 1.

In that game, Strasbourg had 46% of the possession and 2 of its 5 shots on goal were successful. Habib Diallo scored the goal for Strasbourg (28′).

Three of Nantes’ 13 efforts on goal were on target. For Nantes, Mostafa Mohamed scored in the 85th minute. The numbers don’t lie; Strasbourg has allowed goals in six of its last six games, and opponents have scored 10 goals overall.

There is just one fitness issue for Strasbourg manager Julien Stéphan to worry about because the team is basically at full strength. Due to a muscle injury, Gerzino Nyamsi will not play in this match. 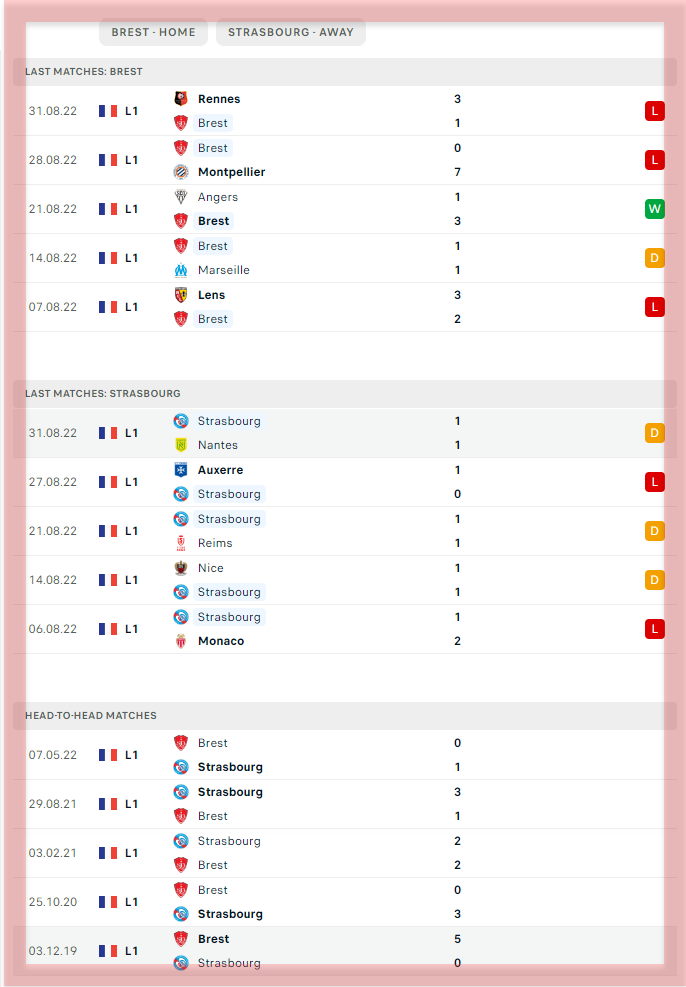