Brest vs Bordeaux – Preview, and Prediction

Brest vs Bordeaux – When Brest visits the Stade Francis-Le Ble on Sunday afternoon, they will be looking to snap a five-game losing streak in Ligue 1.

Last time out, the hosts earned a point against Strasbourg, whilst Bordeaux were no match for leaders Lille in midweek.

Despite the fact that Brest avoided extending their losing streak to five games against Strasbourg, their performance did not inspire confidence for the rest of the season.

On a night to forget for Gautier Larsonneur, the Brest goalkeeper parried Adrien Thomasson’s opener before being caught in no man’s land for Jean-Eudes Aholou’s score in the 70th minute, but Strasbourg’s number one was also not in inspired form.

Indeed, Eiji Kawashima mishandled a cross at the feet of Gaetan Charbonnier of Brest, before Jeremy Le Douaron came off the bench to level the scores in the final minutes of the encounter, with the 2-2 result highlighting Brest’s offensive prowess and defensive weaknesses.

No team outside of the top four has scored more goals than Brest this season, but with 43 goals conceded – including 12 in their last five games – only bottom-placed Reims has seen their defence breached more times.

After being projected as outsiders for a European berth earlier in the season, Olivier Dall’Oglio’s men have dropped to 13th in the rankings, eight points clear of the bottom three, despite scoring 16 goals in their previous seven home games, winning four of them.

Bordeaux gave one title-chasing team, Lyon, a run for their money last weekend, but Lille swept past Les Girondins on Wednesday evening thanks to a second-half show of aggressive dominance.

In the opening 45 minutes, Jean-Louis Gasset’s side held their own, but Lille’s talent quickly showed as Yusuf Yazici, Timothy Weah, and Jonathan David all scored to send a shell-shocked Bordeaux to back-to-back defeats in the top division.

Les Girondins had taken 10 points from a possible 12 before losing to both title contenders, but those two losses in quick succession have seriously hampered their European ambitions, and they now sit in 10th place in the table, five points behind Rennes in fifth place despite having played one more game.

Gasset has little reason to panic at this point, especially considering that his team has only lost two of their past seven league away matches, while also keeping three clean sheets in their last four.

Bordeaux beat Brest 1-0 earlier this season, marking the Girondins’ first win over their opponents since the 2011-12 season, thanks to Hatem Ben Arfa’s winner. 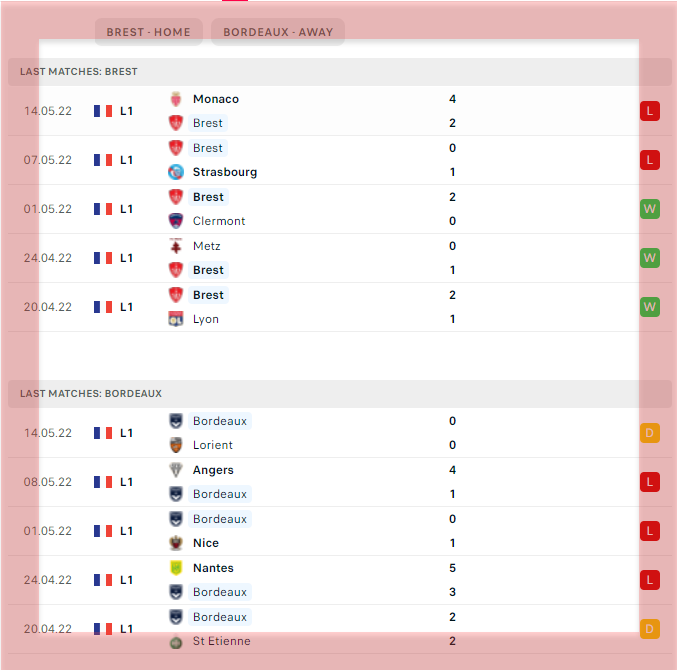