Brescia vs SPAL – Preview, and Prediction

Brescia vs SPAL – A very important fixture is on the cards this week as Brescia will take on SPAL at Stadio Mario Rigamonti. The host are making slow-paced progress this season.

The last four consecutive outings have ended in a stalemate for the host. No other team is going through such a form, In their most recent outing, they played against Ternana in a goalless draw. It is surprising to know that the last time the host celebrated a victory was back on the 17th of September.

Meanwhile, SPAL’s four-game unbeaten streak finally came to an end as they lost to Benevento by 2-1. Two second-half goals from Riccardo Capellini and Antonino La Gumina was enough for Fabio Cannavaro’s side to win all three points.

This is their first defeat of the month. Now, they will aim for their fourth win of the season keeping in mind that the host are facing a winless drought. Moreover, both teams are separated by five points ahead of this fixture.

The major issue for the visitors is that their away form is abysmal this season. The last time they won an away fixture was back in August this year.

The host have won five of the last six overall head-to-head meetings and the last time SPAL won at Stadio Mario Rigamonti was over five years ago, Both these sides last met in April this year and the game ended in a 1-1 draw.

The host have scored over 1.5 goals in four encounters starting from 2020 The last three home matches have ended in a stalemate for the host.

You can back the following, as our first tip is that Brescia will score over 1.5 goals – the odd for this tip will be at 2.00. This is after considering that the host have scored at least two goals in four of their last five overall head-to-head meetings.

Our next tip for this game is that Both Teams to score – the odd for this tip will be at 1.90. In the last five encounter, both teams have scored a combined total of fourteen goals. 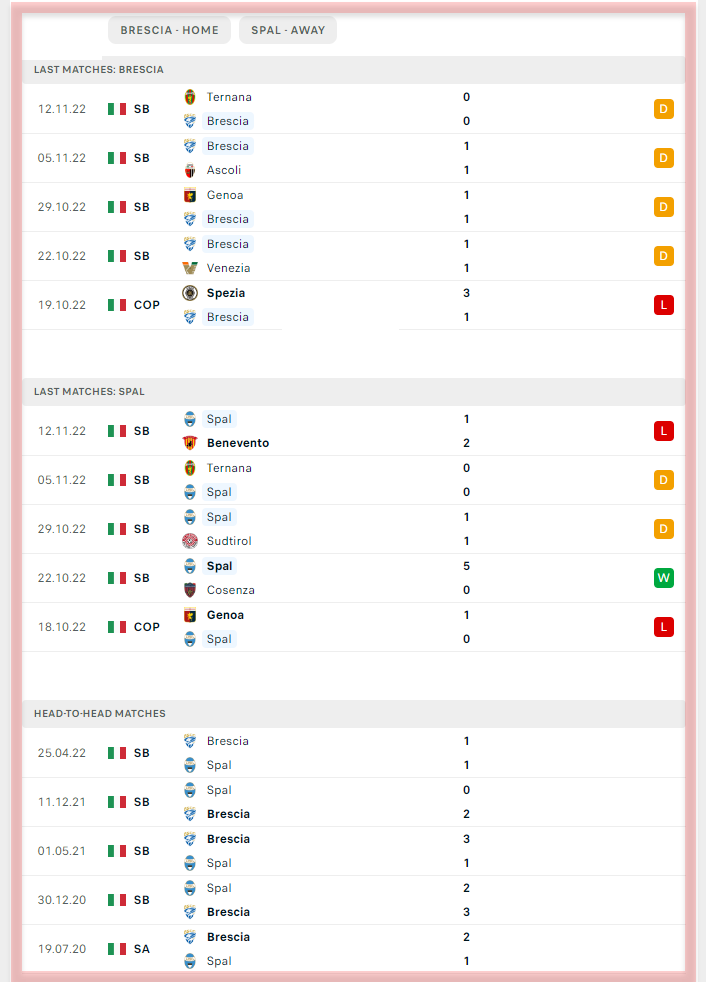