Brentford vs Wolves – Preview, and Prediction

Brentford vs Wolves – The stakes are high when bottom-half underachievers Brentford and Wolves square off on Saturday at the Gtech Community Stadium in Gameweek No. 14.

Last Saturday, both teams received a crushing 0-4 beating. Six days ago in Birmingham, managerless Aston Villa humiliated the Bees, while Wolves lost 0-4 to Leicester at home the same day. Even though it sounds strange, Wolves at least provided something because, for the majority of the game against the Foxes, they were the better team on the field.

Brentford has now lost two straight league games without scoring a goal. But in their last three games, including the scoreless draw against Chelsea in the last home game, they also managed to keep two clean sheets. On Saturday against Wolves, who have by far the worst attacking record in the league, the hosts will feel confident about maintaining composure at the back.

Only five goals have been scored by Wolverhampton in the first twelve games of the season. The visitors, Nottingham Forest, and Leeds United, who now have nine points apiece, are tied for last place in the Premier League rankings, along with the visitors.

Wolves at Brentford Going into their 23rd encounter with the Bees, the Wolves are up in the head-to-head tie by two victories. Wolves and Brentford have both had recent attacking difficulties. Given the importance of this match, a high-scoring contest at Gtech Community Stadium on Saturday seems unlikely.

In six games played at home so far this season, Brentford has only suffered one defeat. In contrast, Wolves only earned one point from their six road games this season. Therefore, the 4.75 odds on the Brentford to win & Under 2.5 goals FT choice seem to be a good deal.

Brentford vs Wolves – Head To Head 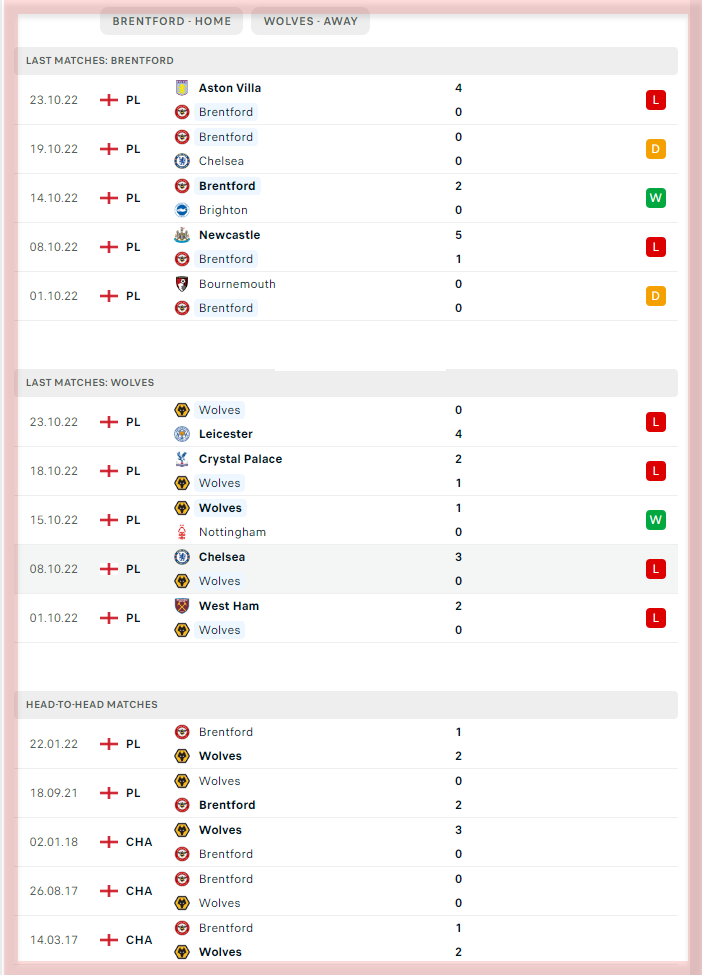