Brentford vs Leeds United – Following a 1-1 draw against Crystal Palace in the Premier League, Brentford will participate in this game. In that game, Brentford enjoyed 51% of the possession and 3 of their 9 shots on goal were successful.

Yoane Wissa (88′) was the lone player for Brentford to register a goal. Four of the 13 shots on goal that Crystal Palace took were on goal. Crystal Palace’s Wilfried Zaha scored in the 59th second.

Brentford hasn’t been able to stop scoring, finding the back of the net in all six of their most recent games. They have accrued 12 at that period while also giving up a total of 7.

According to their prior performance, Brentford in their past 4 league games, have failed to defeat Leeds United have gone undefeated in their last two home league games.

Prior to this, Leeds United and Everton drew 1-1 in a Premier League encounter. In that game, Leeds United enjoyed 70% of the possession and 5 of its 14 efforts on goal were successful. Luis Sinisterra of Leeds United scored the goal (55′).

Everton, on the other hand, had 7 shots total, with 2 of those being on goal. Everton scored in the 17th minute through Anthony Gordon. The numbers speak the tale; opponents have scored against Leeds United in 5 of their last 6 games, scoring a total of 6 goals.

The weaknesses of Leeds United’s defence have been made clear. We’ll have to wait and see if that tendency continues in this game. In light of the pre-game information, Leeds United having played Brentford away from home in the past two league games, stay unbeaten against them, have lost their last two league games on the road.

Thomas Frank, the manager of Brentford, enters this game without any concerns about his players’ physical condition due to the absence of any injuries.

Jesse Marsch, the manager of Leeds United, is currently concerned about some player fitness. Mateusz Bogusz (Cruciate Ligament Rupture) and Stuart Dallas (Thigh Issues) are not yet qualified for selection.

We believe that Leeds United will need to put on a strong performance to defeat Brentford, who are likely to score and maintain their lead. Therefore, we anticipate Brentford to win by a score of 1-0 after 90 minutes. 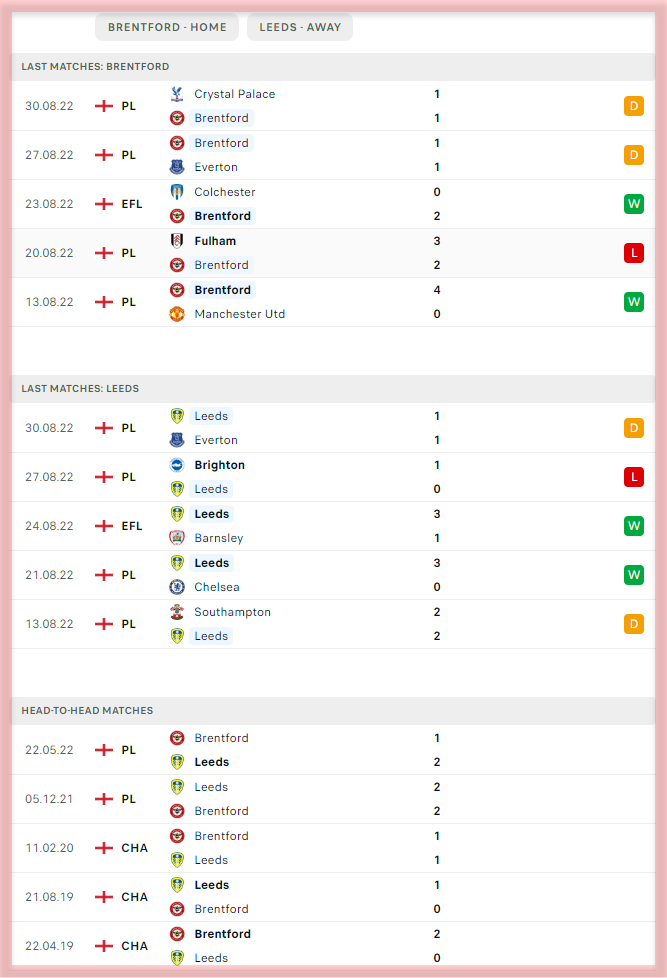