They were in a race for a top four finish until the very end of the previous season, and they deserve special credit for maintaining their cool to finish fourth. They scored a lot of goals throughout this time, and their confidence has obviously risen as a result.

They will be selected to qualify for the UEFA Europa Conference League’s next season. They believe they have been given a fair chance to qualify for the competition, especially given that they will face an easy opponent coming Thursday.

According to the current situation, Istanbul Basaksehir is on the verge of a triumph. Breidablik are inexperienced in European contests, but they are undoubtedly punching above their weight this week against Istanbul.

This is the first time these two teams have faced each other. Breidablik had lost two of their previous three games and had failed to keep a clean sheet in the previous two.

It’s also worth noting that they just missed out on the league title previous season. Performing under duress has not been their cup of tea. Meanwhile, Istanbul Basaksehir is on a 13-game unbeaten streak and has three consecutive two-match victory streaks.

They were unbeaten in 14 of their previous 16 road trips and had gone on consecutive three-game and two-game winning streaks. Taking these facts into account, anticipate Istanbul to win on the road this Thursday. 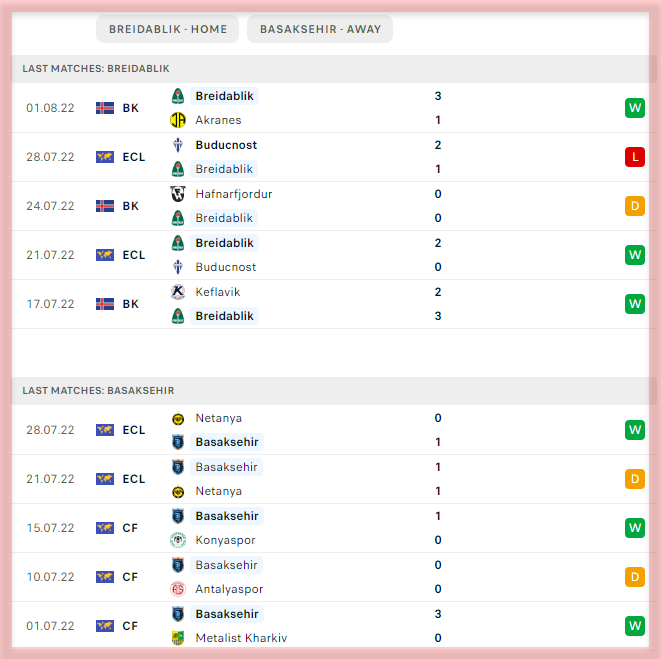