Braga vs Sporting CP – Both Braga and Sporting are two of the best teams in the Portuguese top division. They scored a lot of goals during the previous season, and it appears that they intend to keep this up in the upcoming season.

Sporting finished second in the table previous season, with a 9-point margin over third-placed Benfica. It’s also worth mentioning that they’ve been on a roll on the road for the past few months.

Braga have been on a long winning streak at home and have created some pretty outstanding offensive stats. Furthermore, the majority of head-to-head battles over the years have had a high amount of goals, and based on all of these findings,

Braga had won 9 of their previous 11 overall games, putting them on a 3-game winning streak as well as a 5-match winning streak. They also have an eight-game winning run in front of their home crowd and have only lost twice at this arena since September of 2021.

Sporting, on the other side, had been unbeaten in 9 of their previous 10 overall games and had gone on a 4-game winning streak. It’s also worth noting that they’ve only lost three games away from home since September of last year. 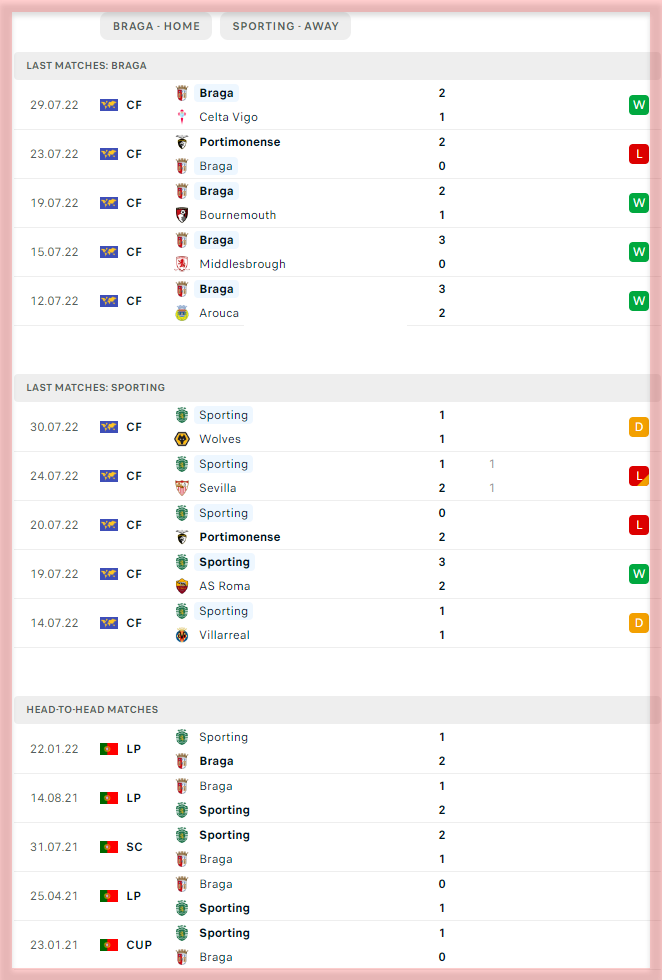