Bournemouth vs. Nott’m Forest – Bournemouth face Nottingham Forest on Tuesday night in a bid to return to the Premier League. Forest, with a three-point advantage over their opponents, will move into second place in the Championship on goal difference if they win on the South coast. Bournemouth, who spent much of the season chasing automatic promotion, would be disappointed if they failed to achieve their goal. Despite the flood of new faces, the Cherries still have a long way to go, as evidenced by their four draws in six outings.

Despite 10 points from six games, including a brilliant win over Blackburn Rovers at the weekend, Scott Parker’s team have been unable to escape a tenacious Forest. Positively, Bournemouth know they can still return to the Premier League with a win on Tuesday night. Parker is aware of the repercussions of defeat, having edged Forest ahead of Bournemouth in the goal-difference stakes.

While Dominic Solanke scored his 29th goal of the season at Ewood Park, Forest may have had the game’s most in-form striker. Sam Surridge, a product of Bournemouth’s youth, has had a tough season on loan at the City Ground. He now has seven goals in a Forest shirt, five in his previous four games, including a hat-trick against another former side Swansea City on Saturday.

Steve Cooper understood what he was getting when he signed a former player mid-season, and it’s already paying off handsomely. Since Cooper took over in September, Forest have been outstanding, and 27 points from a potential 30 in the final month is remarkable.

While a playoff appearance would not be as terrible for Bournemouth, Cooper will want to avoid a third consecutive setback. Parker may choose to use the same Bournemouth XI that beat Blackburn.  As you might guess, this is a tough match to call, especially after Bournemouth’s recent form. In the final phases, Forest’s increased belief may be enough to see them over the line. 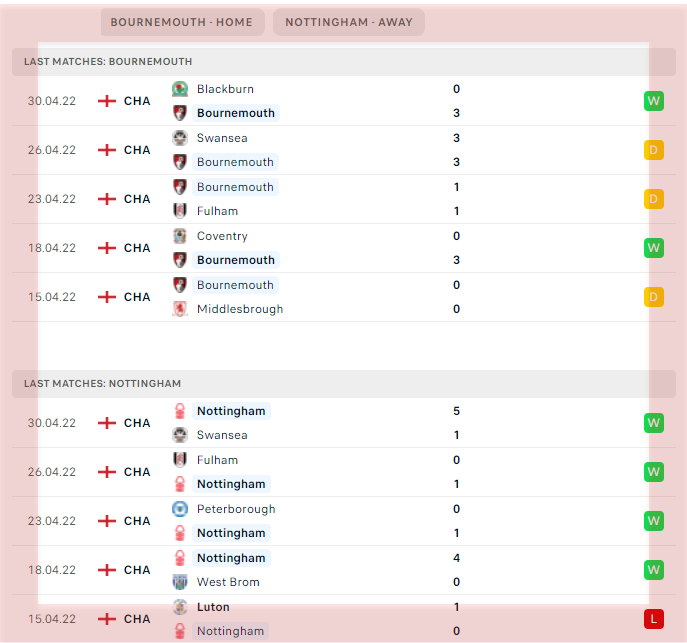